“In a curious way, Donald Trump has also shown us what is possible.” 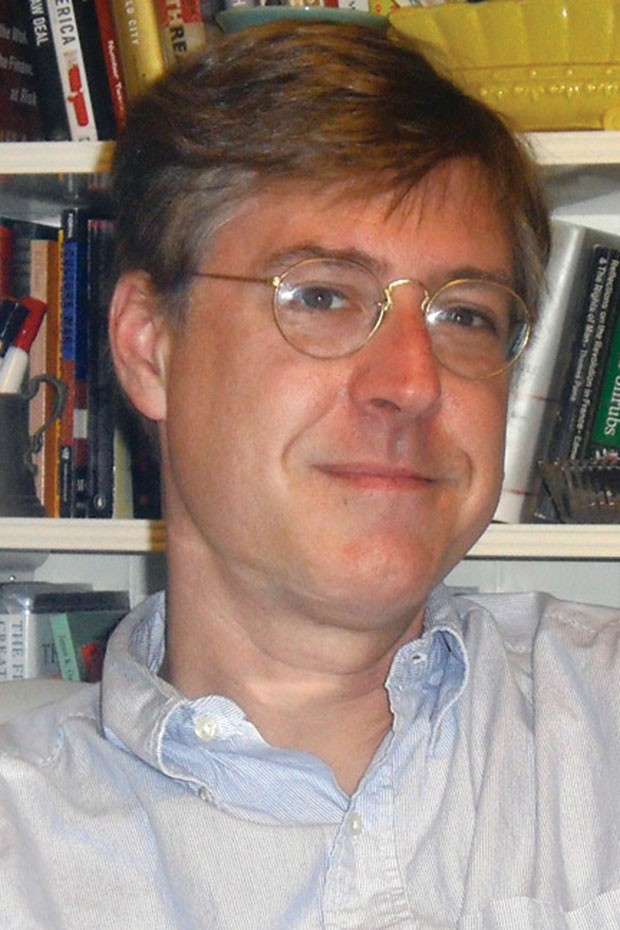 7 p.m. Mon., March 20. Hopwood Hall, 6001 University Blvd., Robert Morris University campus, Moon Township. Free. sess.rmu.edu
In March 2016, Thomas Frank published a book about U.S. politics in which the lone mention of the man who eight months later would be elected president was “Donald Trump seems outrageous.” Yet post-election, Frank’s Listen, Liberal looks prophetic. The book’s sharply made theme, that the Democratic elite has abandoned working people for Wall Street and the professional class, got it named one of The New York Times’ “Six Books to Help Understand Trump’s Win.”

Frank is co-founder of The Baffler, author of the 2004 book What’s the Matter With Kansas? and a former columnist for The Wall Street Journal and Harper’s. He’s also a busy speaker. Following recent talks in Australia, Norway, Sweden and Denmark, he’s booked solid with U.S. dates into early April, starting with a March 20 appearance at Robert Morris University.

CP caught up with Frank in transit, via email. A lightly edited transcript follows.

Did Trump’s victory in the wake of Listen, Liberal put you in greater demand as a speaker?

Yes … but mainly in other countries. People in places like Australia, Canada and Scandinavia are frightened by Trump, and they are also worried that their own countries are heading down the same path as America. They are anxious to know what went wrong with our Democratic Party.

A fair amount of your book, in discussing meritocracy, concerns Democrats’ emphasis on education. It’s striking how little Trump emphasizes education — at one point during the primaries he even said, “I love the poorly educated.” His economic proposals are based largely on a program of re-industrialization that seems to imply more good-paying jobs even absent additional schooling — the very reverse of what neoliberals prescribe. Can you comment?

Education is a big part of who I am as an individual — I spent 25 years in school — but I think it’s important to consider higher ed in a critical way, the same way you would look at any other high-status institution.

This approach is mistaken in a number of ways. For starters, it dismisses the problems of working-class people as insoluble, always pushing the blame back onto the individual, who dropped out of high school and didn’t get his or her college credential. It ignores the enormous problems (soaring tuition, adjunctification) of American higher ed, and it ignores the even greater problems (student-loan debt, unemployment) of the people who did as they were told and went to college and got that credential.

And, of course, it completely overlooks the problems of professional corruption and self-dealing — the subjects of Listen, Liberal — which are massively apparent to everyone else in the world. A left party that identifies with a high-caste group like professionals and that no longer cares about people who didn’t get a college credential isn’t much of a left party.

I’ve written about this many times in many places; one article I would suggest you check out is my essay “Academy Fight Song,” which appeared in The Baffler a few years ago.

How does the phenomenon of automation — technological unemployment — factor into any discussion of political efforts to aid working people?

What is most startling about references to automation is that they always seem to come up these days as a way of brushing off grievances about trade deals. The two are separate things, both of them are significant, and one complaint is used as grounds for dismissing the other. That’s strange on the face of it.

The economists’ term for automation is “productivity growth,” and for decades productivity growth was considered a good thing. It grew at a rapid pace from the end of World War II into the 1970s, and wages grew at the same rapid pace. They were one-to-one.

Today productivity is barely growing at all, and yet we refer to productivity growth all the time as the reason why wages don’t grow any longer. This is patently bizarre.

The fact that wages have come unglued from productivity growth is not a function of productivity itself — or the internet — but instead of changing power relations. In the old days, productivity was good for workers because they had the power to demand a share of their improved output. Today they don’t have that power, and management reaps all the rewards. Workers can’t demand better wages and working conditions anymore, even as they become more productive, thanks to the demise of unions and a dozen other things.

One of those things, by the way, is trade deals. NAFTA, which was the model for many of the trade deals that came after, was designed to tip the playing field in management’s favor. And it succeeded. It is very difficult to force a company’s management to share the profits of increased productivity when they can threaten to move overseas at no risk to themselves.

In Listen, Liberal, you emphasize the insider nature of the professional class, and how this has informed administrations like Obama’s; you also noted the success of FDR’s team of outsiders, some of them folks not initially “qualified” for jobs they ended up doing well. Looking at Trump’s team — perhaps especially the likes of Tillerson, DeVos, Pruitt and Carson — would you consider them possibly helpful Washington outsiders, or merely cronies on the Bush II model? Or something else entirely?

I think Trump’s approach is similar to Bush II but goes beyond it. Bush wanted a “market based” government, but what Trump is doing is something Republicans have only dreamed about for a long time: A government run totally by business executives. “More business in government” was part of the slogan of the Chamber of Commerce in the 1920s, and now they are finally going to get their chance: a government of CEOs. Obama gave us government by Harvard-certified geniuses; Trump is giving us government-by-tycoon.

In Trump’s favor, business executives usually aren’t complete ignoramuses, and they sometimes know how to run large organizations. Still, I am pretty sure this experiment is going to fail, because government is not a business and it answers to completely different priorities than businesses do. (It isn’t supposed to make a profit, for instance.) That we are finally going trying out this dream of a total business government courtesy of angry working-class voters in the Midwest is an irony almost too toxic to swallow.

Critics have concluded that the Democratic Party is shot and it’s time for a third party. But Listen, Liberal proposes reforming the Democratic Party, a process you acknowledge would require major soul-searching for much of the left. Why that strategy instead of starting over?

I love third parties, but they haven’t achieved much of anything since the 19th century (a time when they achieved quite a bit). The laws concerning party organizations were changed early in the 20th century to discourage third parties, and this has fatally handicapped them. Today they only act as spoilers.

Those laws need to be changed, but until the day that happens we need to recognize that the Democratic Party has a wholesome progressive tradition. It has largely been buried and forgotten, but it’s still there waiting to be animated again. Bernie Sanders’ run shows what is possible working within the party.

In a curious way, Donald Trump has also shown us what is possible. He was a complete amateur who faced off against the Bushes and the Clintons, two of the greatest political machines in the world. Hillary outraised and outspent him two to one and still lost. I’m sorry things turned out that way, of course — Hillary would have been a decent president and Trump is a lousy one — but Trump showed us that all the conventional poli-sci rules of elections can be smashed with a little resolve and a little cleverness.

Any further words of preview for your Pittsburgh talk?

I am actually more hopeful these days than I have been in a long time.