An absorbing political thriller about our 16th president 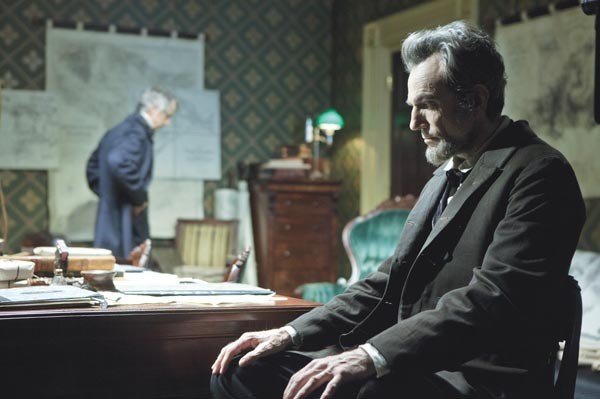 Now, I know what you're thinking: America's first black president was Bill Clinton. But in Lincoln, after a brief prologue of hand-to-hand Civil War combat (Saving Private Ryan with bayonets), we meet The Man (Daniel Day-Lewis) as he talks affably to two black soldiers — or, more accurately, listens to them talk to him.

They admire his stand on abolition, but the more assertive man wonders how far he'll go: Does freedom mean suffrage? He doesn't answer. But history does: Once we end the transgression of slavery, Lincoln believed, we should do our former slaves the favor of resettling them somewhere outside of the United States.

Spielberg overlooks this fact, but no matter: His film is a fine account of the first few months of 1865, when Grant cornered Lee, and Lincoln cornered Congress, working his rhetorical and political legerdemain to pass the 13th Amendment, which outlawed slavery. Spielberg's film is all intelligent talk and a pleasure to hear: Tony Kushner's screenplay, based in part on historian Doris Kearns Goodwin's book, is smartly speechified yet sometimes playful, especially when a trio of political operatives (led by James Spader) wrangle (i.e., buy) Congressional votes for their leader.

Lincoln is unashamed to proclaim its right ideas, and it's filled with familiar actors enjoying each other's company. Tommy Lee Jones is Pennsylvania Congressman Thaddeus Stevens, a fiery liberal Republican (they were the good guys back then), and Sally Field is a slightly sane Mary Todd. Look for Joseph Gordon-Levitt, David Strathairn, Hal Holbrook, many more — and, in a cameo-surprise at the end, S. Epatha Merkerson.

If you're wondering whether Day-Lewis is any good as Lincoln, the answer is: well, of course. When great actors act, the character becomes the performance, and I now believe that Abe Lincoln said "shit," not as an expletive, but in a wry anecdote about a British bowel movement. This Lincoln is the smartest guy in a roomful of smart guys, thoroughly aware of his power, and of being many steps ahead of the God-fearing nation of racists he represents. His story is about the need for leadership (by a president) and compromise (by Congress). Sound familiar? Lincoln doesn't try very hard to humanize its icon, and why should it: Only a fool would think he wasn't. His immutable death comes in a brief sequence of rare elegance, both for the film's genre and its maker.