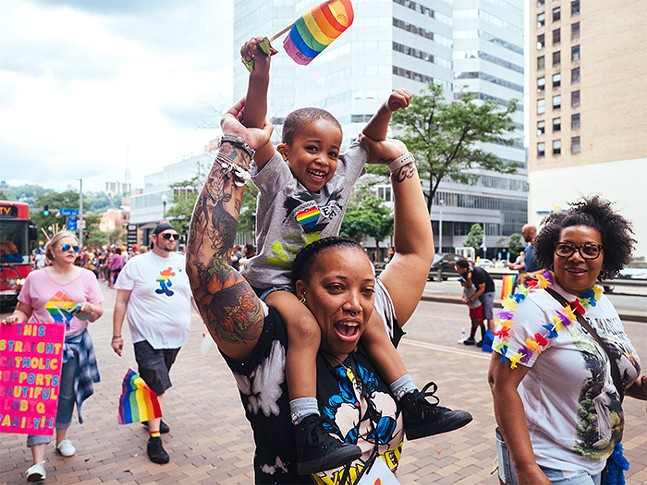 Passed by a 6-3 majority, the ruling determined that employment discrimination on the basis of a worker's sexual orientation or gender identity is illegal under Title VII of the Civil Rights Act of 1964. The decision is based on the review of three separate cases argued before the court over the last year - R.G. and G.R. Harris Funeral Homes v. EEOC, Bostock v. Clayton County, Georgia, and Altitude Express, Inc., et al. v. Zarda.

The LGBTQ advocacy organization Pennsylvania Youth Congress believes the ruling will directly improve the lives of “11.5 million gay, lesbian, and bisexual people and 1.5 million transgender people nationwide, including over 500,000 LGBT Pennsylvanians,” as stated in a press release. In addition to granting statewide protections for LGBTQ Pennsylvanians, now LGBTQ Americans have workplace protections in every state that didn't already offer protections.

“This historic victory is a landmark moment for LGBT Americans, who have been advocating for decades to live and work with dignity in our nation,” says Jason Landau Goodman, executive director of the Pennsylvania Youth Congress, adding, “The Pennsylvania General Assembly, and Congress, must continue the work of the Supreme Court by enacting these protections under statutory law.”

Landau Goodman goes on to say that the ruling reflects overwhelming public support for such a measure, citing a 2019 PRRI survey which found that 68% of Pennsylvania residents were in favor of “comprehensive LGBT nondiscrimination protections.”

This is a major victory & a huge step forward in the fight for equal rights & protections for all Americans.

Now we need Mitch McConnell to do his job & let the Senate vote on the bipartisan #EqualityAct. https://t.co/rJqmTHe3Ys

The ruling pushes back against a recent decision by the Trump administration to reverse transgender health care protections put in place under President Barack Obama. Finalized on Friday and set to go into effect by August, the new rule would remove nondiscrimination health-care and health-insurance protections for LGBTQ people. Many see the reversal as yet another effort by the Trump administration to whittle away LGBTQ civil rights, particularly ones aimed at getting states to protect and accommodate trans people.

While the SCOTUS ruling is an important step towards promoting equality in the workplace, Landau Goodman points out that LGBTQ people are still insufficiently protected and can still be legally discriminated against in regards to housing and public accommodation.

“Although this groundbreaking decision will help countless [LGBTQ] people, we have significant work to do in order to ensure all LGBTQ people have basic protections from violence and discrimination in both housing and public places as well,” says Landau Goodman. “We need the Pennsylvania General Assembly and Congress to catch up with the courts and citizens of our commonwealth and nation.”

Many small Pennsylvania municipalities, like Butler, Pa. and Washington, Pa., have struggled to pass their own non-discrimination bills that would provide protections to LGBTQ residents. Today's decision means LGBTQ residents in those towns will now be provided with workplace protections.