Letter from the editor

Rob and Lisa. Getting along?

When I first walked into City Paper’s offices on Oct. 3, 1997, I was fresh out of college, a recent graduate from Point Park with a journalism and communications degree, hired for a part-time graphic design position laying out the classifieds section.

When I first discovered City Paper on a walk through Downtown one afternoon in college, it was like a secret world opening up. Coming from a small town in central Pennsylvania, the paper was unlike anything I’d ever seen before, introducing me to parts of the city I had never even known existed.

I want to give that feeling back to our readers. I’m proud and humbled to accept the position of Editor-in-Chief of the very paper I’ve worked so hard for all these years.

You might not recognize me. I prefer being behind the scenes. But if you’ve picked up a paper in the last 21 years, you’ve seen my work. I served as art director for 13 years, designing every cover and laying out each week’s issue since 2005. I also have been responsible for hiring all of our photographers and illustrators. City Paper isn’t about me, though. The artists who work with us, the writers on our staff, all the people in our stories — they are what makes City Paper special. It isn’t any one person. It’s all of us and all of you. 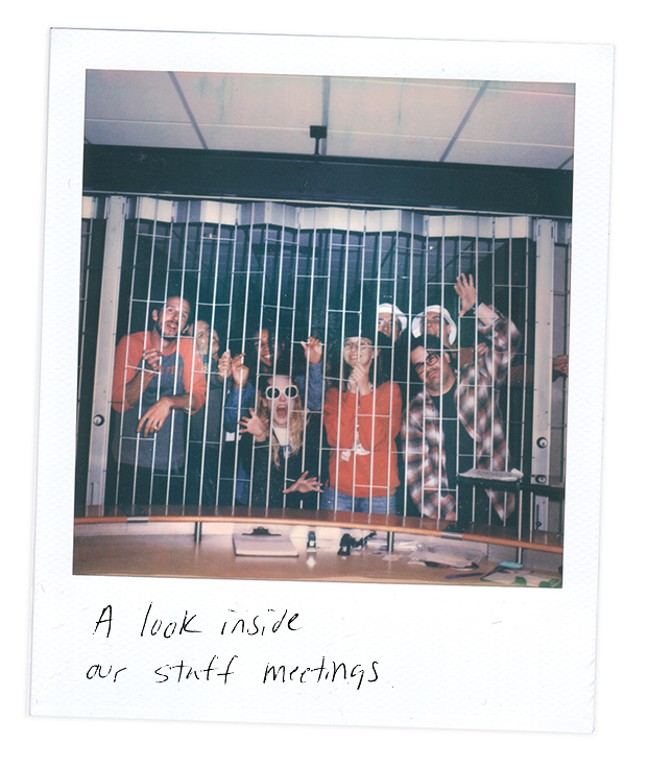 You might not notice any immediate changes. We’ve already been mixing things up for the past few months under outgoing editor Rob Rossi. He has been a great leader and mentor to our staff, and together, the two of us have brought on new staffers who you’ve seen in our pages already: photographer/videographer Jared Wickerham has been capturing beautiful images for months, starting with his coverage of the Antwon Rose protests back in June, to this week’s photo essay of the Pittsburgh Pirates, shot exclusively on Polaroids — 100 percent his concept and vision.

I’m also happy to introduce you to staff writer Jordan Snowden, whose main focus is music but who also loves literature and has a great eye for witches’ hats. We've also recently discovered hidden talent: Office coordinator Maggie Weaver expressed an interest in contributing stories when she first started, and we've been blown away by what she's turned in. Maggie now contributes as a staff writer every week, including food reviews.

All of these talented folks join associate editor Alex Gordon and senior writer Ryan Deto, two amazing writers who have helped this paper grow for years. I wouldn’t be able to do this job half as well without them.

All of us help put out a free paper every week. But we also work alongside digital media manager Josh Oswald, wh joined the family this summer to spearhead multimedia initiatives. (We're free online, too.)

What else is to come? What else would you like to see?

This is your City Paper, Pittsburgh. What stories do you want us to tell? We can't wait to hear from you.