Ford will run as a Democrat for the District 9 seat currently held by Rev. Ricky Burgess in the May 2019 primary.

CP file photo
Leon Ford
Leon Ford announced his bid to run as a Democrat for the District 9 city council seat currently held by the three-term incumbent and fellow Democrat, Rev. Ricky Burgess, in the May 2019 primary.

Ford became an outspoken advocate against police violence after he, at 19 years old, was shot and paralyzed by a Pittsburgh police officer during a routine traffic stop in 2012. After years fraught with legal battles, all charges against Ford, including aggravated assault, reckless endangerment, escape, and resisting arrest, were dismissed in 2017.

He also filed a civil-rights lawsuit against officers Andrew Miller and David Derbish, the detective who shot Ford five times. To the dismay of Ford and area activists, the jury cleared Miller and came out deadlocked on the charges of excessive force against Derbish.

Despite setbacks, he continues to fight against police injustice – his work earned him the distinction of Pittsburgh City Paper’s Pittsburgher of the Year award in 2017.

In June, he spoke up for the late Antwon Rose, a Black East Pittsburgh teenager who, like Ford, was shot by a white police officer during a routine traffic stop. At a protest rally for Rose, Ford broke down during a speech, saying, “I ain't never cried in public before … Antwon didn't die in vain. It is going to be Antwon who is going to help change things.”

On his official City Council Facebook page, Ford posted the comment, "I never considered running for office until I realized that I was one of the only voices bold enough to stand up for the people and speak truth to power. I am more than a survivor, I am a champion for all the people who have lost faith in our leaders and the system. We are going to be bold. We are going to be courageous. We are going to be resilient. We are asking you to join us to be the change we seek in our communities."

The Facebook page also states that Ford is “committed to constructively addressing the serious challenges Pittsburgh faces from skyrocketing housing costs, broken police-community relations, elevated levels of lead in our drinking water and other issues challenging our changing city. Leon believes with leadership we can restore hope in our neighborhoods, create new economic opportunities for our residents and heal one another to make all of our communities safe, vibrant, prosperous and livable for all residents.”

Ford will officially kick off his campaign on November 11 with an event at Repair The World: Pittsburgh in East Liberty. 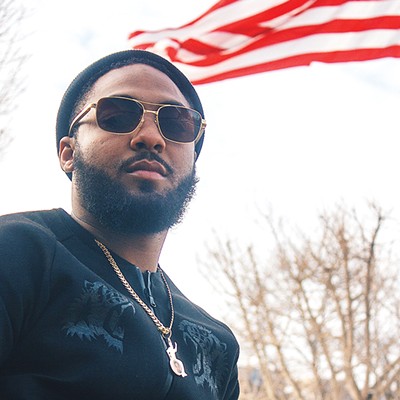