One of America's foremost living poets grew up in Scranton and now lives in the forests of Maui, planting trees. But W.S. Merwin has ties to Western Pennsylvania, he's still writing -- and he's coming to read here for the first time in nearly a decade, on Nov. 15 at the International Poetry Forum.

The ocean of Merwin's half-century-plus of poetry -- not to mention several book-length prose works, and a shelf-full of translations -- crested last year with the publication of Migration (Copper Canyon Press), a compendium mostly culled from 15 collections, including 1970's Pulitzer-winning The Carrier of Ladders. Migration won the National Book Award. Merwin followed it with Present Company, another collection of new work.

"W.S. Merwin is our strongest poet of silence and doubt, vacancy and absence, deprival and dispossession," wrote Edward Hirsch in a 1988 New York Times review of Selected Poems. "He is a master of erasures and negations, a visionary of discomfort and reproof, the Samuel Beckett of postwar American poetry."

Merwin, 79, is an outspoken pacifist and environmentalist whose poems often express awe for nature and dismay at humankind's depredations upon it. "Leviathan," from Green With Beasts (1956), begins:

Ancient as ocean's shifting hills, who in sea-toils

Traveling, who furrowing the salt acres

Heavily, his wake hoary behind him,

Shoulders spouting, the fist of his forehead

In the 1960s, his traditionally lyric early work gave way to a surreal, elliptical and frequently unpunctuated style. "For a Coming Extinction," from his classic collection The Lice, begins:

Now that we are sending you to The End

Though he seldom addresses current events explicitly in his poems -- leaving that to his prose and interviews -- Merwin is "one of our most important poets driven by ideology," says Christopher Bakken, a poet, Allegheny College professor and student of Merwin's work.

The widely anthologized "The Asians Dying," for instance, from The Lice, implicitly invokes the Vietnam war: "The nights disappear like bruises but nothing is healed / The dead go away like bruises / The blood vanishes into the poisoned farmlands."

Merwin's formal skill is striking. "There is no other poet I know who can write without punctuation and do it successfully," says Bakken. But Merwin's increasingly oracular style is even more notable. Some hear Zen koans; Bakken calls it "inhumanist," in that Merwin seems intent "to absolutely rid his poems of any self [and] hear what the rest of the world is trying to say."

Indeed, Merwin emphasizes attention -- listening -- as the key to his poetry: the idea of hearing something you'd overlooked. "It probably took your whole life to arrive at that moment when you hear it," he recently told Poets & Writers magazine.

Merwin grew up in Union City, N.J., and Scranton, and spent much of his young adulthood in Europe. His mother is from Marietta, Ohio; his father, from Kittaning, spent part of his career as a Presbyterian minister in Pittsburgh, which Merwin later often visited.

During their final years, Merwin's parents lived in Elderton, northwest of Indiana, Pa. When they died, in the mid-'70s, Merwin himself moved there briefly. Shortly afterward he purchased 18 acres in Maui. He lives there with his wife, Paula, on the site of a former pineapple farm he's still working to reforest.

"There's a sort of feeling of homecoming there," he said in a recent phone interview. "My parents, it was their capital, Pittsburgh." 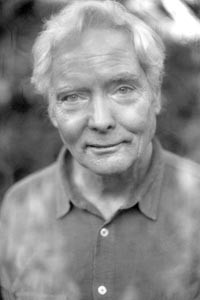 "I always knew that I came from / another language": W.S. Merwin