"On prime-time television you couldn't dance with people of other races."

CARMEN DE LAVALLADE PERFORMS AS I REMEMBER IT 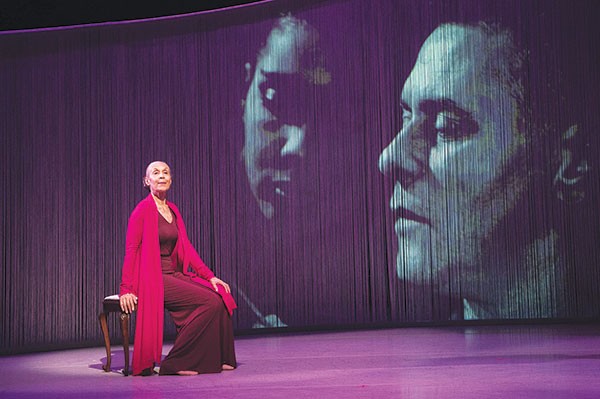 Photo courtesy of Christopher Duggan.
Carmen De Lavallade performs As I Remember It

Pittsburgh dance audiences are treated to a host of great performances annually from new and established artists, some with global renown. Rarer are visits by living legends. Dancer, choreographer and actress Carmen De Lavallade qualifies. De Lavallade brings her acclaimed new one-woman show, As I Remember It, to the Kelly-Strayhorn Theater for two shows this week.

A native of Los Angeles, De Lavallade joined the Lester Horton Dance Theater in 1949. She went on to dance with Alvin Ailey, whom she is credited with introducing to dance. She has performed with countless other greats including Agnes de Mille, Martha Graham, Josephine Baker, Lena Horne and husband Geoffrey Holder. As an actress she appeared in plays, on television and in films including 1954's Carmen Jones, with Dorothy Dandridge, and 1959's Odds Against Tomorrow, with Harry Belafonte.

Interviewed by phone from New York, De Lavallade called As I Remember It "a line drawing of my life." She created it in collaboration with a former student of hers at Yale School of Drama, director Joe Grifasi, and co-writer/dramaturge Talvin Wilks. Set to music by saxophonist Jane Ira Bloom, the show "doesn't follow a timeline," says De Lavallade. With a life and career as full as hers, De Lavallade explains, she had to leave out many things. "Those we saved for the book," she quips.

Still, audiences will experience the great artist dancing and recounting her triumphs and struggles growing up in an era when your skin color dictated whom you could perform with.

"In the 1950s there were things you could and couldn't do," says De Lavallade. "On prime-time television you couldn't dance with people of other races."

Once, De Lavallade was scheduled to dance a ballet with Glen Tetley on The Ed Sullivan Show, but was barred from doing so because Tetley was white.

At 83, De Lavallade still moves and looks great. She says it has been a challenge keeping up with her career and performing. "Physically we age, yes, but you have to adjust and not fight it, but go with it and whatever you can use, use," she says.