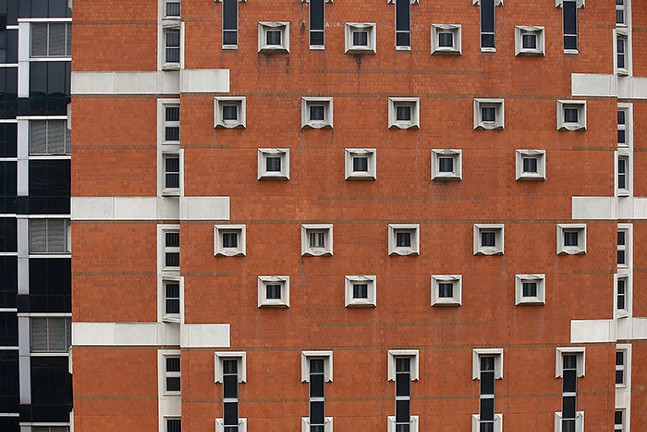 Lawyers for a trans man incarcerated in Allegheny County Jail say their client is experiencing “several medical emergencies” for which he is not receiving adequate medical attention.

In a June 15 letter to Warden Orlando Harper, lawyers for Keyshawnn Pennybaker express their concern about “egregious deficiencies in the medical care of our client,” including allegations that he has developed a serious infection while at ACJ, that the jail is denying him timely access to his physician-prescribed hormone replacement therapy, and that they have failed to competently assess or address his “significant concerns” about blood clotting.

According to the letter, in the fall of 2021, Pennybaker was incarcerated at the jail beginning several weeks after a double mastectomy. His lawyers say that since his arrival at ACJ, he has been unable to properly care for his incision sites and has not received proper wound care from ACJ’s medical staff.

Due to this lack of care, Pennybaker’s incision sites have reopened and developed into a keloid scar, which has “split open on several occasions while in custody,” his lawyers write. This has prevented him from being able to clean his wounds or shower regularly, they say, and the incision sites have become infected, with “yellow-green and brown discharge, and are hot to the touch.”

Pennybaker’s lawyers also say the jail has frequently skipped his weekly testosterone injections and that when ACJ staff has administered Pennybaker’s injection, they have occasionally done so in a manner that is “against basic medical standards for intramuscular injections, extremely painful, and has the potential to cause future harm to the muscle tissue.”

A spokesperson for the jail declined to provide any details specific to Pennybaker’s condition due to HIPAA privacy concerns.

“With that being said, the jail’s medical unit and providers, in collaboration with Allegheny Health Network, provide comprehensive, on-site healthcare to incarcerated individuals,” the jail spokesperson writes to Pittsburgh City Paper in an email. “And any concerns or complaints are reviewed with those staff on an ongoing basis to ensure that proper care is being provided.”

Pennybaker’s lawyers have requested a response by June 29 “with an explanation for these deficiencies and the steps ACJ plans to take to correct them.” Pennybaker is being represented by the Pennsylvania Institutional Law Project and the Abolitionist Law Center.