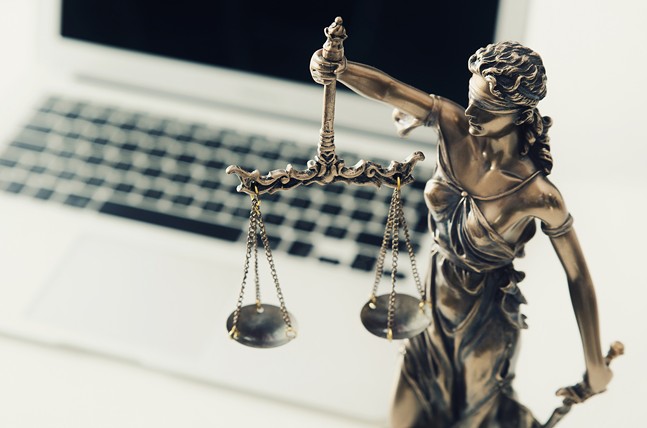 Since January, Erica Brusselars has been volunteering for the court watch program of the Abolitionist Law Center, a nonprofit law firm focused on criminal justice reforms. The court watch’s mission is to hold Pittsburgh’s courts accountable through observations and data reporting.

But Brusselars says this has been impossible in one court: courtroom 316 in the Allegheny County Courthouse, where Common Pleas Judge Anthony Mariani presides. Brusselars has requested remote access to Mariani’s courtroom more than 220 times since late January, but has been locked out. She, or anyone at ALC, hasn’t been able to observe courtroom 316 via remote access, despite other courtroom participants using virtual access and other judges granting virtual access to several other ALC court watchers.

“We requested access to Mariani’s court every day since January 25, and everyone but one, I have been denied, and told that I have to come in person,” says Brusselars. “I am a healthy young person in a pandemic, and I don’t want to go to these courthouses. And there is no reason for me to go. They have the teams and hardware for remote access.”

As a result, Mariani is being sued by ALC as the nonprofit firm “seeks declaratory and injunctive relief to remove that unconstitutional blockade and restore the public’s First Amendment right of access to the courts,” according to the suit filed March 2 in the United States District Court of Western Pennsylvania.

ALC is being represented by the American Civil Liberties Union of Pennsylvania and the Institute for Constitutional Advocacy and Protection at Georgetown University Law Center.

According to a press release, Mariani is the only Allegheny County judge who has refused to grant access to hearings via online video conferencing. The lawsuit states that a Feb. 24 order from Allegheny County President Judge Kimberly Clark “provides, with limited exceptions, that ‘all matters shall be conducted remotely via Advanced Communication Technology (ACT) and no in-person hearings or proceedings shall occur in any division of the Court of Common Pleas.’"

Additionally, the ALC notes in the suit that nine court employees tested positive for COVID-19 between Jan. 10 and Feb. 10 and that all had visited court facilities, including one member of Mariani’s staff.

“I would assume there are parties who can attend remotely,” says Brusselars. “For every other judge, I know the defendants at the jail are showing up remotely. … It is frustrating and angering, [Mariani] is an elected public official. He is abusing his power and not answering to his constituents. He is not behaving in a way that exemplifies open courts.”

When reached, Mariani’s office issued a "no comment" when asked about the lawsuit against the judge.

Autumn Redcross is the director of ALC’s Court Watch program. She says having access to the courts is not only important to preserve the rights of the American justice system, but also is important to ensure those rights are granted in cases that could be life altering. Mariani oversees nearly the entire gamut of criminal proceedings, including motions hearings, sentencing hearings, plea hearings, pretrial conferences, non-jury trials, and probation violation hearings. Pennsylvania has the second-highest rate of people on probation and/or parole of any state in the U.S., according to 2018 statistics from the Prison Policy Initiative. Decisions at the Common Pleas court level can be vital.

“Open courts are fundamental to the democratic way. We are in America,” says Redcross. “Especially in hearings that are changing the course of people’s livelihood and their liberty.”

Redcross says being barred from Mariani’s courtroom has been especially frustrating because ALC isn’t receiving a response to why their virtual access is being denied. She also notes that even though pandemic cases are not at their peak, there are still plenty of everyday obstacles to watching the courts or being with defendants who might need support. Transit, parking, and getting time off from work are all barriers to getting to courts in person.

“In the midst of a year-long global pandemic that has disproportionately devastated Black and brown communities, it is not sufficient to say, ‘the courts are accessible,’ simply because the buildings are open,” said Redcross in a press release.

ACLU of Pennsylvania director Reggie Shuford said in a statement that courts should be open to the public, noting that extraneous in-person attendees in courtrooms would be under the reality that there are still hundreds of new cases of coronavirus a day in Allegheny County.

“Courts operate openly, not in secret, and this judge cannot be allowed to escape scrutiny while refusing to implement common sense strategies to prevent the spread of COVID-19,” said Shuford. 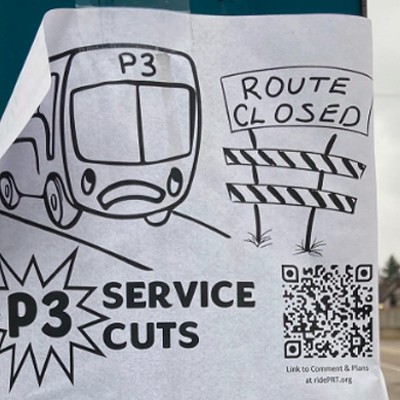