"I came to visit and basically never left." 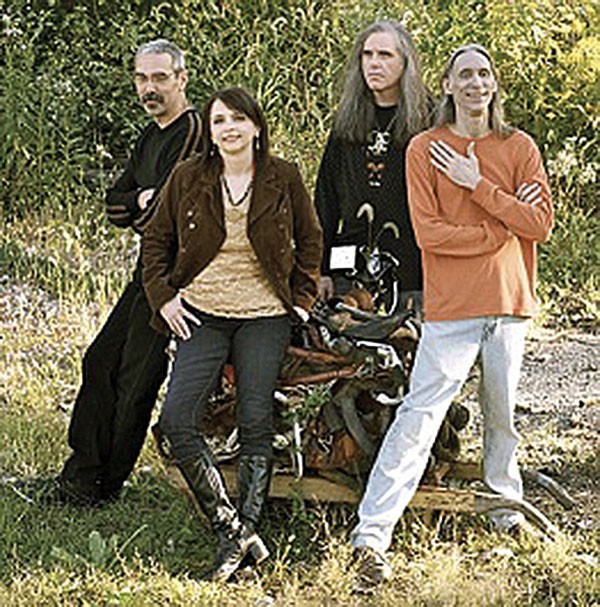 Laura B. with her new band

LAURA B. AND THE OFF LABELS with ROCK PITT.

When Laura Baricevic (a.k.a. Laura B.) talks about the early '90s, she can't help but get a little nostalgic. And who could blame her? Around 1989, the singer and guitarist — who had "escaped to L.A." after finishing high school in New York — started an alternative band called They Eat Their Own.

Signed to a small label, the band found success on college and modern-rock radio, and scored a hit with "Like a Drug," an angsty, aggressive track that put the band firmly in line with (and even slightly ahead of) the female-fronted alt-rock boom. They found themselves on tours with bands like Goo Goo Dolls and Smashing Pumpkins. Their video was on MTV.

"It was great," Baricevic recalls. "It was a whirlwind of activity for a couple of years. It was a really high point in my life." Then, as the band began preparing to release its second record, things took a turn.

"We got an offer from Geffen Records and of course we jumped at it. We thought we were going to be big rock stars," Baricevic says. The deal fell through — Baricevic offers two pieces of advice to young musicians: keep persevering and get everything in writing — and in 1994, the members went their separate ways. Baricevic bounced around the country for a few years and ended up in Pittsburgh.

"I came to visit and basically never left," she says. "I never thought of Pittsburgh as a thriving little city [but] I just kind of fell in love with it."

These days, Baricevic has a new band, The Off Labels, with whom she plays TETO songs, as well as new stuff. She's also released a compilation of songs she'd written over the last decade, The Off Labels EP1. It's a solid collection that brings to mind bands like The Breeders and Hole. Baricevic is also planning to release a collection of unreleased TETO demos.

"There's a lot of what I think is great stuff in the archives," she says. "I just need to get this They Eat Their Own stuff out there, get it out of my system."