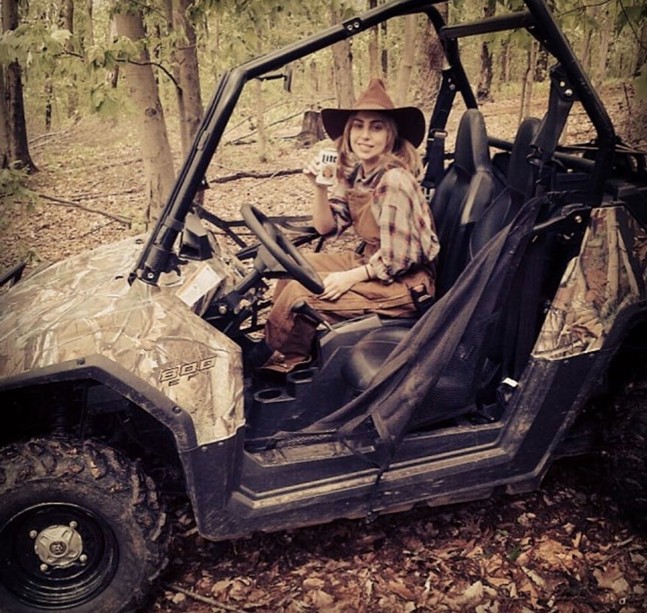 Photo: Lady Gaga's Twitter
"This is a pic of me in Pennsylvania when I lived in Lancaster," Lady Gaga tweeted on Sun., Nov. 1, 2020. "I LOVE THIS STATE."
On the final night before the 2020 presidential, superstar Lady Gaga will be performing in Pittsburgh during a campaign event for Democratic candidate Joe Biden. The Biden campaign announced today that Lady Gaga will be performing two songs for the event, but the campaign has yet to announce a time or location. The event in Pittsburgh is expected to be a drive-in event.

The Biden campaign has held more than a dozen events in Pennsylvania, including two virtual events, during the run up to the election against Republican Donald Trump. Pennsylvania is considered one of, if not the most, important swing states this cycle. Biden was born, and spent his childhood, in Scranton, Pa. Biden will be in Beaver County before traveling to Pittsburgh.

Lady Gaga, aka Stefani Germanotta, was raised in New York City, but her family has roots close to Pittsburgh in Moundsville, West Virginia. Her grandmother still lives in northern West Virginia and performs in a church choir in Wheeling. She has been known to spend time in Wheeling.

Earlier today, Lady Gaga tweeted her support for Biden, shared that she is currently in Pennsylvania, and mentioned how she used to live in Lancaster.


That’s a pic of me in Pennsylvania when I lived in Lancaster. I LOVE THIS STATE. I’m here now! This place is filled with good hearted people—good hearted people that @JoeBiden loves. He’s a good friend. He’s the President this country needs to bring us back together. #vote #Biden pic.twitter.com/3Yo4XddYId