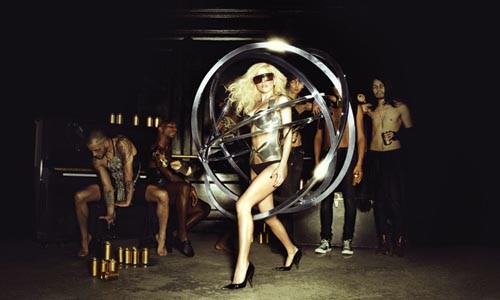 You don't even know what this is, but you want it: Lady Gaga

"So, welcome to this new building here," quipped Sir Paul McCartney, onstage with his trademark viola bass. "We were up all night getting it ready for you."

The mood was celebratory on Aug. 18 as McCartney and his five-piece band opened the CONSOL Energy Center with a long set of Beatles hits and solo tunes. Earlier, middle-aged couples and groups of friends streamed through the gleaming, spaceship corridors, buzzing about the new building and clutching $7.25 cups of Miller Lite.

"I get the feeling we're gonna have a ball here tonight," McCartney proclaimed, to an enthusiastic roar from the crowd.

But the real ball is still to come. Lady Gaga's Monster Ball show, this Sun., Sept. 5, is a forward-looking concert for a new building, rather than a nostalgia-fest. And with all due respect to Sir Paul, if you go to one pop concert in Pittsburgh this year, hers may be most culturally relevant and freaky-fun.

The Monster Ball, Gaga's multimedia onslaught, is now in its second leg. While the tour is ostensibly a promotion for her blockbuster November album The Fame Monster, it's hard to think of something as quaint as an album being the primary vehicle for an artist who exists almost entirely as visual spectacle. The primary Gaga experience is perhaps her elaborate music videos, which her tour brings to life with her trademark avant-garde costumes and legion of dancers.

McCartney's popularity is easy to understand: Even at 68, he held an entire arena transfixed with just his voice and acoustic guitar. But Gaga? As James Parker noted in the Atlantic Monthly, "the mainstream, as you may have noticed, is not very mainstream anymore. But there perches Lady Gaga, in paradoxical elegance, her plumage bristling, with an uncanny feel for just how much of her freakery we are prepared to absorb."

But even with all this newness -- shiny arena, a singer with assault rifles for breasts -- Pittsburgh still needs a place to see the Ringling Bros. circus and Mannheim Steamroller. And these entertainments won't die with the old arena. Plenty of other musical acts will be coming through the end of the year as well, from the hoary -- Rush on Sept. 16; Roger Waters re-creating The Wall on Sept. 26; The Eagles on Oct. 19; and George Strait and Reba McEntire on Oct. 14 -- to the near-fetal (Justin Bieber on Dec. 13).