As a teen-ager, Kyung-sook Shin worked at a factory in Seoul that made stereo equipment. It was a position she'd earned after moving to the capital from a small, mountainous town in South Korea. She had to lie about her age to get the job; to keep it, she attended high school at night. Sometimes, during the day, she'd spread out her notebook on the conveyor belt in front of her and just write.

Now one of Korea's most prominent novelists, Kyung-sook Shin, 47, has released Please Look After Mom (Knopf), the first English translation of one of her works. On May 3, she visits Pittsburgh for the PEN World Voices Festival, a touring extension of the prestigious annual conference held in New York City.

The reading, presented by City of Asylum Pittsburgh, is moderated by poet Terrance Hayes and features readings by French novelist Hervé Le Tellier and Latvian fiction writer David Bezmozgis. Shin, not yet fluent in English, will read with assistance from a translator.

Le Tellier's recently translated novel, Enough About Love (Other Press), tells of two middle-aged women who find love outside their marriages, riffing on the bounds of the traditional family and the complications of poor timing.

Bezmozgis, included in The New Yorker's "20 Under 40" list of fiction writers, released his debut novel, The Free World (Farrar, Straus and Giroux), in March. The book follows a family of Latvian Jews on its immigration west in 1978. 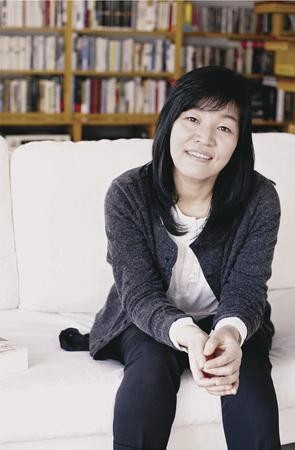 City of Asylum is a nonprofit that provides housing and other support to writers persecuted in their home countries. "All of these authors are dealing with issues that are pertinent to what we do -- stories about immigration, coming into a country or families in a changing society," says City of Asylum co-founder Henry Reese.

In Please Look After Mom, a farmwoman travels with her husband to visit their children in Seoul. She disappears after her husband accidentally leaves her behind at a train station.

The mother's story -- her life both before and after the disappearance -- is told from alternating perspectives, as family members reflect on their relationships with her. Presented stream-of-consciousness-style, these memories are interspersed with the family's search for her.

"I thought a single point of view would not be sufficient to capture 'Mom' in her fullness, so I had the immediate family members appear, one by one, in the order of daughter, son, husband. By getting them to talk about 'Mom,' we come to understand the kind of life she has lived," Shin says via email, with assistance from a translator.

The last section, Shin's most experimental, is told from the perspective of the mother and is the only one written in first person.

"I made sure to reserve the word 'I' for the Mom who goes missing, because once a woman turns into a 'Mom,' it occurred to me that she rarely has the time to think about 'I,'" Shin says.

Shin is known for the psychological depth of her stories, a trend in Korean literature she helped start in the early 1990s.

For most of the 20th century, oppressive governmental rule granted little freedom of expression to Korean writers and artists. Political themes dominated the country's literature. It wasn't until the establishment of Korea's present-day government that the scope of the national literature began to broaden.

"[Writers] turned their eyes toward what had been sidelined by grand narrative," says Seung-hwan Shin, a South Korean native and lecturer in the University of Pittsburgh's East Asian Languages and Literatures Department. "They started to reread public history and discourse through personal memories from everyday life and focus more on style than content. Kyung-sook Shin is truly a representative figure of the trend."

Please Look After Mom has sold more than 1.5 million copies in Korea and is forthcoming in 22 other countries.