This version of the story is messier, but in many ways more interesting. 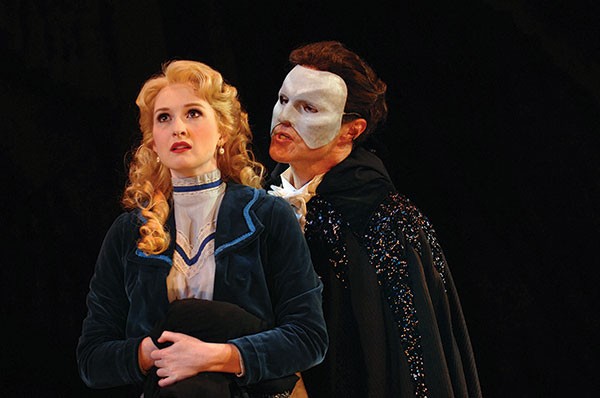 As the first act in Kopit and Yeston's Phantom nears its end, Christine Daeé and the Phantom of the Opera sing a song over a harpsichord. "You Are Music" is a soaring duet, an ode to both love and the resplendence of the human voice. The Phantom has given anonymous music lessons to Christine, and now he's falling for her.

Now at the Benedum, Kopit and Yeston's Phantom has many such moments — beautiful songs, interesting dialogue, even some plot twists. And as the Civic Light Opera' s Phantom, Ron Bohmer alternates between muscle and tenderness; he matches his robust vocals with precise physical movements and manly oration. Erin Mackey plays Christine as a humble romantic, a farm girl with big dreams and no expectations. Their tentative love is a pleasure to watch, and "You Are Music" is Broadway at its best.

Andrew Lloyd Webber's The Phantom of the Opera is still superior, on every level, and far truer to Gaston Leroux' s Edwardian novel; if one of these versions was destined for fame, Webber deserved the Tonys. Yet underdogs Arthur Kopit and Maury Yeston created a completely original work, focusing on different aspects of Leroux' s story. Their version is messier, but in many ways more interesting.

Everyone knows the basics: A hideous recluse haunts a Parisian theater; he trains a beautiful opera singer, but she rejects his adoration. Leroux' s novel is a snoozer, but his gothic story has inspired a dozen films and plays. If you know Webber's Phantom well, this version should fascinate you: The scenes are rearranged, the music is much sweeter, and the finale is completely new. (Apparently no one likes how the book actually ends, with the Phantom' s pathetic, private death.)

The show-stealer here is neither the Phantom nor the ingénue, but the villainess, La Carlotta. Donna Lynn Champlin is both an accomplished singer and a comic genius. She somehow channels the half-mumbled humor of Kristen Wiig and successfully delivers her jokes to a 2,800-seat theater. This Phantom is surprisingly funny — far more so than Webber' s—and the comedy is sometimes odd. But Champlin embraces the schlock. Never mind which Phantom you prefer: Carlotta, a spoiled diva, is a fantastic role. If you've got it, flaunt it. 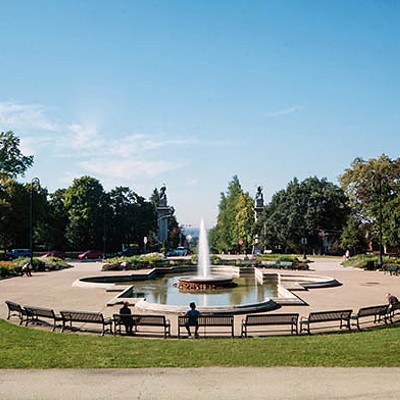