In Aaron Wolf's documentary, two guys learn where corn -- America's signature crop -- comes from, and where it all goes.

In 1973, Earl Butz, Richard Nixon's Secretary of Agriculture, announced a new policy: No longer would the government pay farmers not to produce. Now it would subsidize production.

It's likely that few non-farmers cared, or even noticed. But as the new documentary King Corn shows, that single decision has utterly transformed the way Americans eat.

College pals Ian Cheney and Curt Ellis, with filmmaker Aaron Woolf, undertake to learn where corn -- America's signature crop -- comes from, and where it all goes. The principled lark begins with them renting a single acre off a genial Iowa farmer, and includes the obligatory requiem for the nation's homestead farms. The guys' good-humored 2004-05 project also includes visits to a cattle feed-lot in Colorado, adventures in high-fructose corn syrup -- and a chat with nonagenarian Butz himself, who remains quite pleased with his legacy: cheap, plentiful food for Americans.

There's a dark side to that legacy, of course. Cheney and Ellis were partly inspired by the work of author Michael Pollan; readers of his best-seller The Omnivore's Dilemma -- all about where our food comes from -- will recognize most of the information here. As a key talking head in King Corn, Pollan helps emphasize that Butz's policy left us with way more way-cheap corn than we could use. So we found stuff to do with it -- stuff like feeding it to cattle, whom it fattens quickly but makes ill (because they aren't built to digest it), and manufacturing that now-ubiquitous high-fructose corn syrup, a nutrition-free sweetener that's a big reason more Americans are fat, and diabetic.

But while King Corn shares the table with such you-are-what-you-eat exposes as Fast Food Nation and Super Size Me, there's little sense of harangue here. Cheney and Ellis are just good American kids reading the fine print on their menu, and with their hand-drawn graphs and a fondness for stop-motion animation of little plastic toys, they're apt to charm you with what they learn. Even the diabetes issue is raised humbly, with a quick profile of a New York cabbie whose addiction to soda pop helped give him the ailment.

Environmentalists and pure-food aficionados, meanwhile, might feel shortchanged. The filmmakers address neither the environmental depredations of industrial farming (like those caused by the ammonia fertilizer they spray) nor the controversy over genetically modified foods of the kind they grow. They do, however, note that the most common kind of modern hybridized corn is vastly inferior nutritionally to heritage strains. As one old farmer says, "We're not growing quality. We're growing crap!" Yup. And plenty of it. 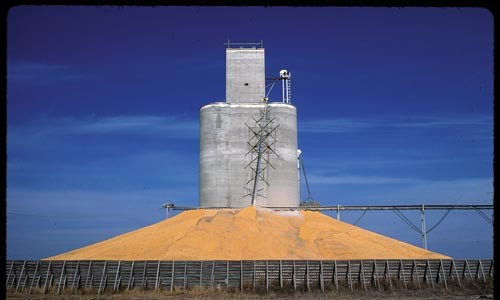