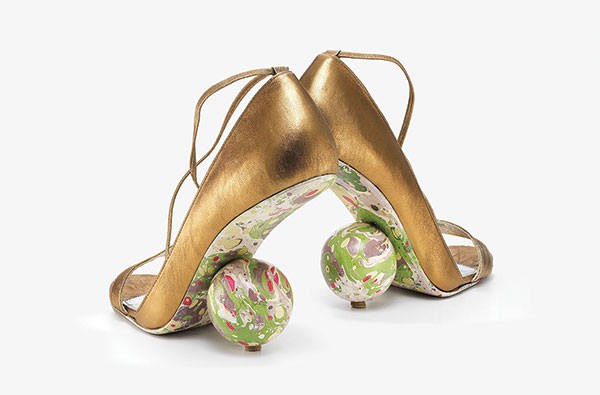 KILLER HEELS: THE ART OF THE HIGH-HEELED SHOE

As a clumsy 5’9” woman with weak ankles, I avoid high heels. I prefer sandals, slippers or going barefoot. I did not expect to be much enthralled by Killer Heels: The Art of the High-Heeled Shoe, which I imagined as a glorified shopping experience at the Frick Art & Historical Center. I knew Louis XIV wore them well in a painting, and had heard of butchers donning them to avoid stepping in blood. I went wanting to learn more about the shoes’ role in history, their controversial embrace by the feminine, and to gain appreciation for the design of a pesky element in my wardrobe. Delightfully, Killer Heels delivered.

The “Revival & Reinterpretation” section notes that while high heels in the West began as class signifiers, they later denoted gender, as men found them “irrational.” They were initially called “Persians,” referencing their use in Persian equestrian tradition as “stirrup shoes.” Other sections are titled Rising in the East, Glamour & Fetish, Architecture, Metamorphosis and Spacewalk.

All over this exhibit were shoes I ogled: George Pierce’s 1968 Satellite Jumping Shoes, to make you feel like you were walking in space; Iris Schieferstein’s Horse Shoes which were more disturbing than they had any right to be; and an exquisite 1988 rendition of Cinderella’s glass slippers by Maison Martin Margiela, of Belgium.

My favorite section, Rising in the East, explained the West’s fascination with the shoe as exotic. On display are stilted bath sandals from the Ottoman Empire; shoes worn by male actors in ancient Greek tragedy, called kothornoi; Turkish evening slippers; antique Syrian qabåqib; and — the shoes I most wanted to try on — Walten Steiger’s contemporary “Ishi Wedge.” Ishi is Japanese for “stone.” The shoe has a downward slope between the heel and arch, an inversion on the regular arch of a high heel, and is meant to feel like your foot is flush against a smooth stone.

Killer Heels honestly offers something for everyone, whether you wear sneakers, flats or Audrey Hepburn stilettos. 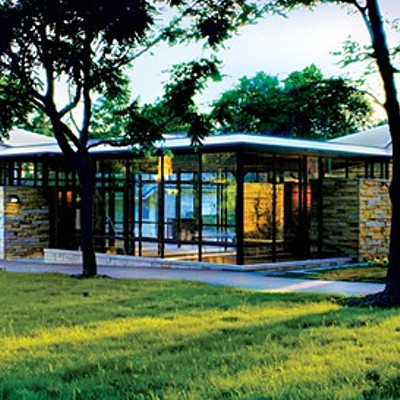