A docudrama in which a reporter tries to report on a CIA operation, and gets burned 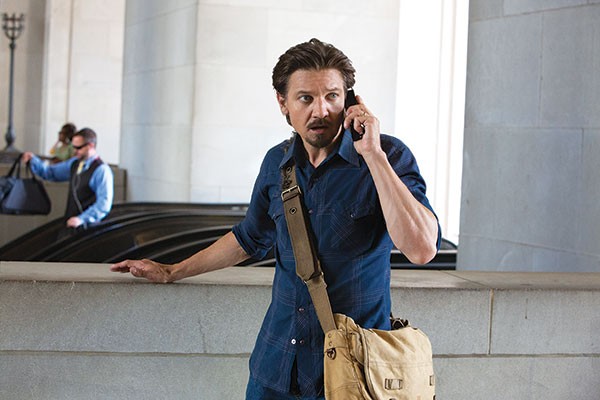 "National security and crack cocaine in the same sentence — does that not sound strange to you?" Michael Cuesta's provocative docudrama about Gary Webb asks and answers this question. Webb was a journalist at the San Jose Mercury News who in the 1990s uncovered a connection between secret CIA funding of the Nicaraguan Contras in the mid-'80s and the explosion of crack cocaine, particularly in America's cities. Jeremy Renner gives a good portrayal of Webb, a man whose impulses cause him to double down on a career-making, then career-destroying, story. There is also a nice slate of fun actors in small roles and cameos: Michael Sheen, Ray Liotta, Andy Garcia, Tim Blake Nelson and Michael K. Williams.

The first two-thirds of the film at times recalls the investigative-journalist-uncovers-conspiracy paranoia-thrillers of the 1970s, intercut with archival news footage. The film loses its footing once Webb's reporting comes under attack, and Webb's role grows more passive, as he becomes the story rather than chasing one. Watching journalists snipe about editing isn't generally compelling. Likewise the film struggles with how to resolve the story's central mystery regarding CIA actions in both the 1980s and after Webb's story is published. There's an "answer" of sorts, but it's on the Möbius Strip of Truth that are CIA statements, which creates only a vaguely satisfying ending. Perhaps the film is best summed up by a bit of on-the-nose dialogue from one of Webb's deep government sources: "Some secrets are just too true to tell."