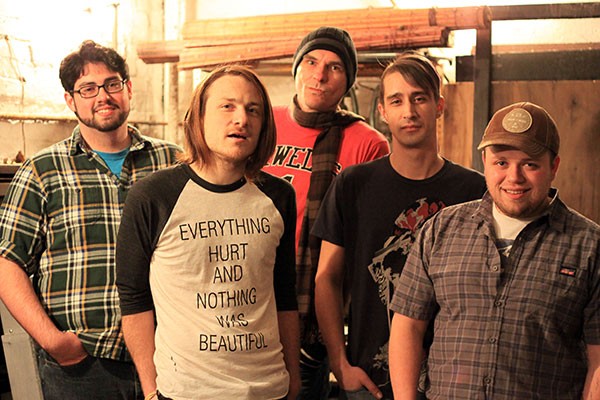 "There's only three certains in life," says Chris Kintucky, in the trademark drawl he tends to pass in and out of. "A risin' divorce rate, whiskey, and Chad Kroeger one day goin' country."

At least that's what Kintucky (real last name: Misutka) is counting on; the onetime employee of Roadrunner Records, the label that broke Nickelback, has put a lot of time into writing country songs ... in hopes that when the Nickelback frontman inevitably crosses over, he can send some tunes along for Kroeger to cover.

In the meantime, he plays with Pittsburgh's Kid Durango, a grunge-punk band whose lineup (and sound) is colored by a Craigslist ad that frontman Pete Finnigan placed a few years back.

"I jokingly placed this ad that said I wanted to start a ‘grunge-folk' band," Finnigan says with a laugh. He figured it wouldn't net anyone serious, but along came Johnstown native Josh Crusan, who came up playing in bands in small bars in small towns like Mundys Corner and Nanty Glo. "I had put these songs together in the studio," says Finnigan. "And he played them better than me, on an acoustic guitar, in front of me on the street."

With Crusan and bassist Ryan Cunningham from the honky tonks of Cambria County, and Kintucky bringing his country interests to the fold, Kid Durango only needed a little push to go country themselves — that came in the form of a show offer in Lawrenceville on the night of Art All Night last year. Since drummer Jed Blazanin couldn't make it, the band played its set acoustic.

And while Kintucky is putting out tunes with Kid Durango, he's still counting on a certain Canadian crossover.

"We'll see how the next Nickelback album does," he says. "As soon as he does [go country], I'll have stacks of songs to send his way."

In lieu of The Rolling Stones concert, experience Mick Jagger and crew on WDVE