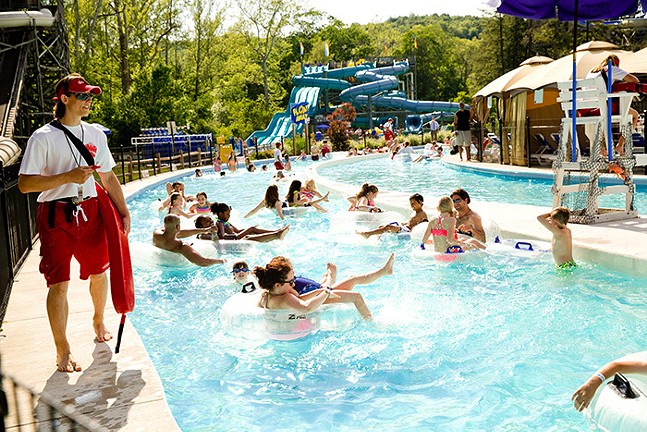 Photo: Robie Capps Photography
Idlewild and SoakZone
The Pittsburgh area will get a dose of summer fun early this year when three area amusement parks open ahead of schedule for the season.

It was announced that Kennywood and its sister parks, the Ligonier-based Idlewild and SoakZone water park, will all welcome visitors earlier than their usual season openers. Kennywood will open on April 16 with an exclusive Passholder preview (it will open to the public on April 17), followed by Idlewild on May 7 and SoakZone on May 21.

With the new dates, Idlewild will see its “longest season ever” in the park’s 145-year history, according to a press release. The season will run through Oct. 30, during which the park celebrates fall with its HALLOWBOO! event.

“Season Passholders will want to set aside plenty of time to spend at Idlewild this season because we’re offering more days and more ways to play than ever before,” says Tim Heger, who stepped in as Idlewild’s new general manager earlier this year. He adds that guests should also expect “more live entertainment and special events than ever before” at the park.

Photo: Robie Capps Photography
Idlewild and SoakZone
The early date marks a momentous year for Kennywood, as it commemorates its 125th anniversary with a number of improvements and new additions, as well as the anticipated return of some old favorites.

“From the moment Guests arrive in our parking areas, they will be greeted by a completely refreshed experience,” says Mark Pauls, general manager of Kennywood and its Sandcastle water park, in a press release. “Inside the park, Guests will find major enhancements, all designed with their enjoyment and improved service top of mind. Just as it will take multiple visits to enjoy all the new events we have planned, Guests will need several visits this year to take note of all the upgrades made since the end of last season.”

The “refreshed experience” includes an easier to navigate, more attractive parking lot, a “seamless” ticketing and security process at the gate, and a bunch of new features entering the park, including “upgraded landscaping and a nostalgic mural of past and present park staples.”

Once inside, visitors will see upgrades to historic rides like the Old Mill and the Jack Rabbit, as well as the Thunderbolt and Phantom’s Revenge roller coasters, which both received fresh paint jobs.

Photo: Courtesy of Kennywood
The Jack Rabbit at Kennywood
This season will also see the return of the Kangaroo, which will open on May 28, during Memorial Day weekend.

“The Kangaroo really is the centerpiece of this refurbishment,” says Rob Henninger, assistant general manager. “With its spectacular new backdrop, the Kangaroo looks better than ever and will soon be ready to bring its family-friendly thrills and excitement back to Kennywood!”

Various gift shops, concession stands, restrooms, and other facilities in the park have also been updated or completely renovated.

The season at Kennywood will also kick off with an all-new Swing into Spring festival, which promises “all kinds of surprises throughout the park” every weekend from April 16 through May 22. This is in addition to Kennywood’s usual schedule of events, including the Fourth of July weekend Celebrate America event, the Phantom Fall Fest, and Holiday Lights.
Kennywood. 4800 Kennywood Blvd., West Mifflin. kennywood.com
Idlewild & SoakZone Amusement Park. 2574 US-30, Ligonier. idlewild.com