The Global Stream includes translations of KST’s Spring 2020 program, along with artist talks, conversations with arts leaders, community members, and industry leaders, recommended streaming content, and new artistic commissions for the “experimental digital domain,” says a press release. Every Saturday at 12 p.m., KST will host a virtual version of its annual Let’s Move! Family Dance Party on Zoom that features a 20-minute dance class for kids, followed by a DIY home craft instruction and KST coloring book pages that families can download for their children.

Among the offerings is 19 Minutes with Joseph Hall, a weekly live show hosted by KST’s executive director Joseph Hall that features chats with local, national, and international arts leaders.

“We turn to the arts to get through difficult times, to speak to social issues, and to bring joy into our lives,” says Hall. “It’s been especially difficult for performing arts organizations to grapple with having to cancel events and close once very-active studios and theater spaces.”
click to enlarge 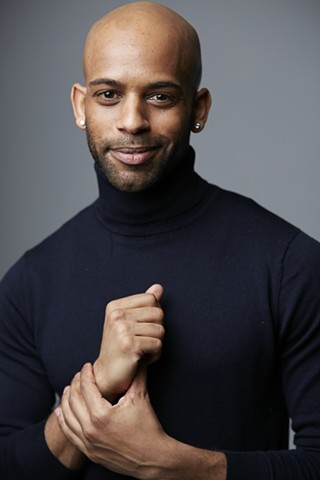 
Hall, who kicked off 19 Minutes on March 31, adds that artists are “resilient and adaptable, especially when facing challenges,” and applauds how quickly KST and other artists and arts organizations were able to transition canceled events to the virtual world.

“This current time has been a game-changer for how all arts organizations will operate in the future,” he says.

Besides 19 Minutes, the KST Global Stream lineup will feature other weekly shows, including Down with ODD, which spotlights community and business leaders and is hosted by KST deputy director, Orlana Darkins Drewery, and Checking In with KST senior producer Ben Pryor, who will speak with various artists in Pittsburgh and beyond.

The August Wilson House has also found a way to ensure visual artists and others in the community are still seen and heard, all to celebrate what would have been the 75th birthday of late Pittsburgh playwright August Wilson.

On Mon., April 27, the organization will post recorded birthday messages for Wilson on its Facebook, Instagram, and Twitter accounts. The messages will come from several dozen actors, directors, artistic directors, and producers, and include personal statements of what Wilson's works have meant to them.

The statements offer an alternative to the annual August Wilson Birthday Celebration Block Party, which was canceled this year due to the COVID-19 shutdown. This year would have marked the fifth year of the celebration.

The virtual tributes, each running less than a minute, will be released starting at 10 a.m., with a new one posting every half-hour. At the end of the day, they will all be gathered in a continuous video available on the August Wilson House YouTube channel.