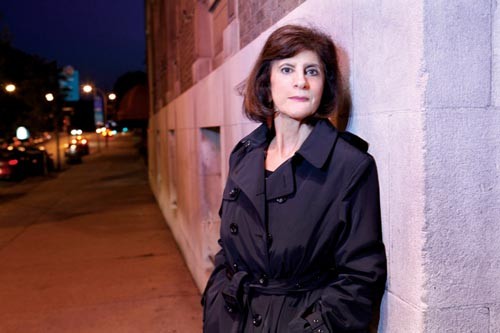 "My life is a series of accidents," says Kathleen George.

Indeed, George, 67, never expected to become a mystery writer. Drafting her first novel, Taken, was an unexpected twist for this University of Pittsburgh professor, and so were her next three books. Last month, George published her fifth thriller, Hideout, on Minotaur Books. She also edited the anthology Pittsburgh Noir (Akashic Press), released a month earlier. If George's life is accidental, then the past few years have been a beltway pileup -- but in a good way.

George, a Johnstown native, has taught playwriting at the University of Pittsburgh for many years, and her 1994 book, Playwriting: The First Workshop, is a playful how-to guide for aspiring dramatists. George might have continued along this path indefinitely, grading papers and teaching from her own manual.

But in 1998, George started to cobble together a character, Commander Richard Christie, and the trajectory of her writing life changed. George knew little about police procedure, so she started calling local precincts and the FBI. As her research intensified, George's manuscript secretly grew. No one knew about the project, not even her husband, the writer and Carnegie Mellon professor Hilary Masters.

"I didn't even tell him what I was writing," George says. When she finally revealed the manuscript to Masters, who is respected for his literary fiction, George felt anxious. Thrillers are routinely bashed as lowbrow literature. But Masters was astonished. "He said, 'I never saw this part of you. How did you do this?'"

When the book was published by Dell in 2002, the public response was equally exuberant. Taken, a kidnapping thriller, was selected as a "Best First" by the Mysterious Bookshop in New York City, and the book received glowing reviews from national publications like Entertainment Weekly and The Washington Post. Soon after, Taken was translated into several languages and recommended on The Today Show. George's 2009 novel The Odds was nominated for an Edgar award for best novel of the year by the Mystery Writers of America.

Such commercial ambitions are unusual for writers in academia, who tend to write "literary" books and publish with small presses. George often encounters snap judgments.

"It's painful," she says. She describes a common party game, which has players reading mystery novels aloud. The presumption is that thrillers are badly written. But George is bolstered by her husband: "Hilary makes no distinction between the quality of the genres. That's a support system that not many people have."

Unlike fluffier mystery novels, George's plots are hardboiled and nightmarish. Hideout, the fifth Richard Christie novel, concerns a pair of brothers, Jack and Ryan, who drunkenly run down a young woman with their truck. The story isn't so much a mystery as a police procedural, describing in intimate detail how actual police conduct investigations. The narrative alternates between the two killers, who struggle to lie low, and the homicide team that endeavors to find them. The hideout in question is a lake house in rural Pennsylvania.

To create a textured environment, George called a real-estate agent in Sugar Lake, a sylvan community in northwest Pennsylvania about two hours from Pittsburgh. She liked the isolated spot, and on a road trip to Sugar Lake, she took copious notes.

"I used everything," she says. "It was a research trip that was really worth it." The novel even incorporates a real local roadhouse. When advance copies were released in July, George contacted the owners and offered to do a reading and book-signing on the premises. "They were so puzzled," George says, looking slightly embarrassed. "They kept saying, 'A book?'"

Because George is a seasoned writer and a relatively new novelist, she has become introspective about the writing process. She describes Hideout as more "unadorned" than her previous novels -- clipped prose, fast-moving plots and sharp, colloquial dialogue. "I miss being more lyrical," she says. "I got to use more words. It's selfish, in a way. Someone asked me, 'Do you get ideas and you just have to try them?' And I said, 'Yes, that's exactly what happens.'"

The business has also changed in recent years. "When I published Taken, I didn't have to do anything. Now I have a website. I had to start a Facebook account." George also has the requisite author page on Amazon.com and has made a dozen public appearances this year.