In North Oakland, this Caribbean eatery offers a taste of tropical sunshine

The doorway which connects one of Pittsburgh's most venerable dark-and-smoky bars, Chief's on North Craig Street, to a bright little restaurant space next door is almost Narnia-like in its revelation of another proximate world. Of course, most people enter either establishment through its storefront. But for sheer rabbit-hole surreality, there's nothing like the passage from the dining room in the restaurant to the restrooms in Chief's next door.

The peculiarity of this floorplan is one of the discoveries that keeps eating out in Pittsburgh interesting, and the little restaurant attached to Chief's has provided some memorable dining experiences over the years. Istanbul Grille, now with locations in Lawrenceville and Downtown, got its start there, and the current tenant, Kahila's Taste (pronounced with a long I), joins the small but tasty ranks of Pittsburgh's Caribbean eateries.

The tiny space is geared toward takeout, but there are a few tables alongside the coolers full of tropical-fruit soft drinks and walls festooned with island maps and Bob Marley posters. Owner Kahila Miller, who has expanded her operations from her popular food stall in the Pittsburgh Public Market, wasn't there the night we visited, but she'd left things in capable hands; the one-woman hostess, cook and server who took care of us was friendly, welcoming and fluent in the kitchen's Caribbean ingredients and preparations.

The small but enticing menu featured the island archipelago's greatest hits: oxtail stew, curried goat, escovitch fish, jerk chicken and roti with a choice of fillings. Several sides were from the islands, too, including fried plantains and johnnycake. A cheerful sign on the wall invites diners to "Make it Vegan!" (though the prominence of animal proteins on the menu made us wonder how that would work).

Our large order taxed the lone staffer, and the food was served in Styrofoam take-out clamshells. But despite its humble presentation, the food was plenty satisfying. Escovitch fish — related to Spanish escabeche, and also to ceviche, and served for breakfast in Jamaica — is defined by the acidic tang of its marinade, and Kahila's was delicious. Pieces of perch filet were fried to a crisp without breading and served with a light sauce of vinegar, onions, peppers and carrots over rice and beans. A fruity note to the vinegar and a generous hand with dried herbs broadened the flavors without overwhelming the main ingredients. 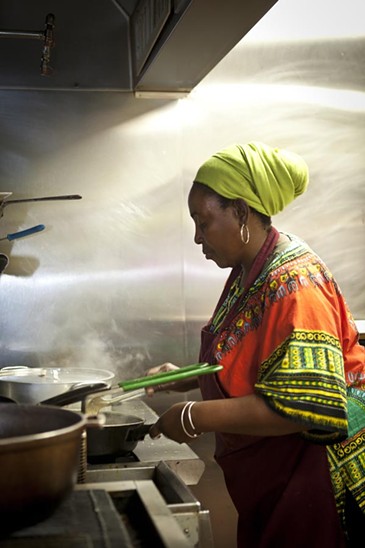 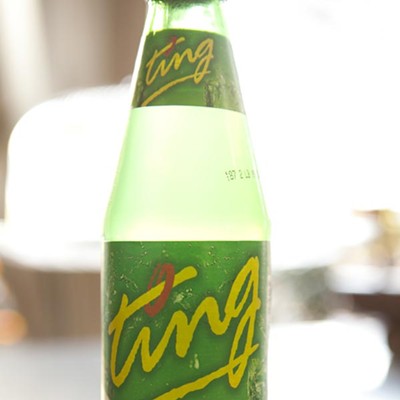 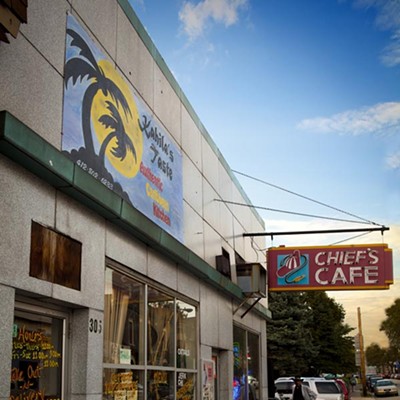 Various parts of the chicken could be ordered Jamaican jerk barbecue-style; we chose wings, and they were fall-off-the-bone tender. The sauce was thick and dark, with a fire that built up with each bite. Jerk aficionados will surely want to request more heat, but we enjoyed getting to know the flavor before the heat really kicked in. Thyme, in particular, lent a distinctive element missing from American barbecue and wing sauces.

The dish we devoured the most greedily, though, was chicken roti. As with curry, roti — a soft flatbread made from chickpea flour — was brought to the West Indies by Asian Indian servants of colonial officials. While Indians treat their roti, also called kulcha, mostly as an accompaniment to a dish, Caribbean islanders make something like a burrito out of it by wrapping it around a savory filling. Kahila's version was, simply, sublime. The chicken and potato curry within was mild, cooked to tender perfection and rich with the flavors of warm curry seasonings, while the wrapper fell lusciously apart into paper-thin, pliant sheets of dough.

Another triumph of dough was the johnnycake, also called a fried dumpling in Jamaica but, to us, best described as a fried biscuit. While traditional New England johnnycakes are made from cornmeal gruel, Jamaican ones are made from flour and baking powder, kneaded and shaped, and then popped into a hot oil bath to cook. This gave Kahila's an appealingly toasty, hardened outer crust, while the insides remained fluffy and light.

Even with Chief's a couple steps away, Kahila's Taste is BYOB, but the soft-drink options are a cut above most places. In addition to the aforementioned tropical-fruit sodas, freshly made, cold, sweet lemonade and carrot juice are perfect for washing down the warm flavors of Kahila's Caribbean cuisine.

With a chill in the air already, Kahila's offers a taste of tropical sunshine to Pittsburghers hunkering down for the long, dark season.