CP photo: Jared Wickerham
Pittsburgh Mayor Bill Peduto speaks during the Jubilee Parade Memorial Service and Black Voting Rights Forum on Sat., Aug. 29, 2020.
Pittsburgh Mayor Bill Peduto declared Juneteenth a holiday in the City of Pittsburgh during a Black Voting Rights forum at St. Benedict the Moor Church in the Hill District on Sat., Aug. 29. The holiday, commemorating the emancipation of Black enslaved people following the end of the Civil War, will be officially recognized starting in Pittsburgh in 2021. 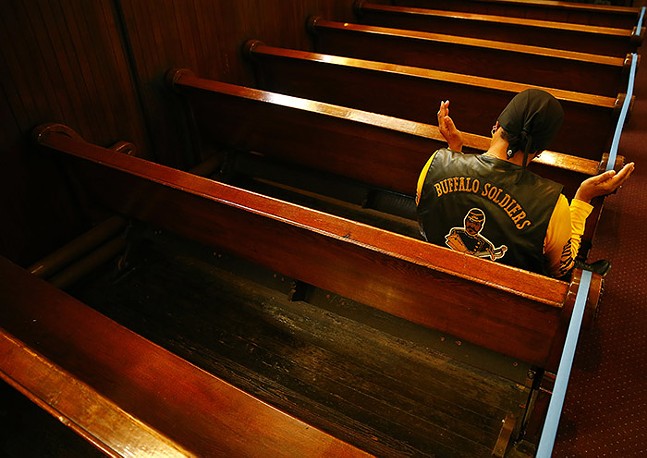 CP photo: Jared Wickerham
The 2020 Jubilee Memorial Service and Black Voting Rights Forum
"Juneteenth reminds us of the rich history of Black Pittsburgh and celebrates those who worked hard so that Black people’s voices could be heard through voting," said Peduto.


"Throughout history, many have tried to silence Black voices. We have arrived in a critical time where they are finally getting the attention that they deserve — and they are being heard," Peduto continued. "Many of us, particularly privileged white men, have not always listened as much as we should have. The time is now to make that change permanent, and formally set aside this holiday to celebrate Black voices." 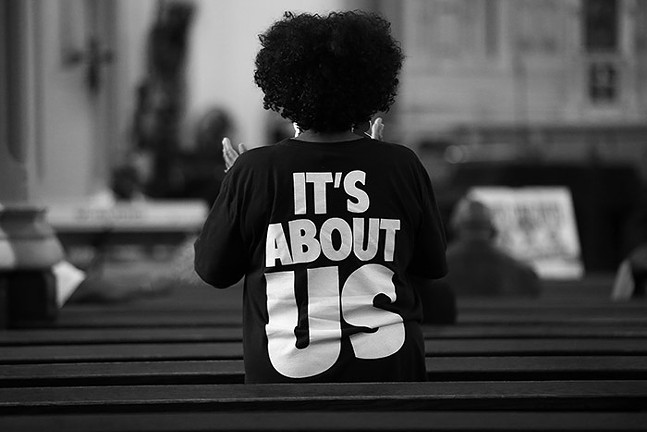 CP photo: Jared Wickerham
The 2020 Jubilee Memorial Service and Black Voting Rights Forum
A Jubilee Juneteenth Parade, pushed back to August this year because of coronavirus, was scheduled to march from Freedom Corner in the Hill District to Downtown Pittsburgh before the Voting Rights Forum, but was postponed due to severe weather.

Speakers during the forum inside St. Benedict the Moor Church included state and city politicians including Allegheny County Executive Rich Fitzgerald, local activists including Monica Ruiz of Casa San Jose, and the family of Romir Talley.