Julien Baker on DIY, faith and where to get good coffee

“You’re screaming loudly because you NEED to scream loudly.” 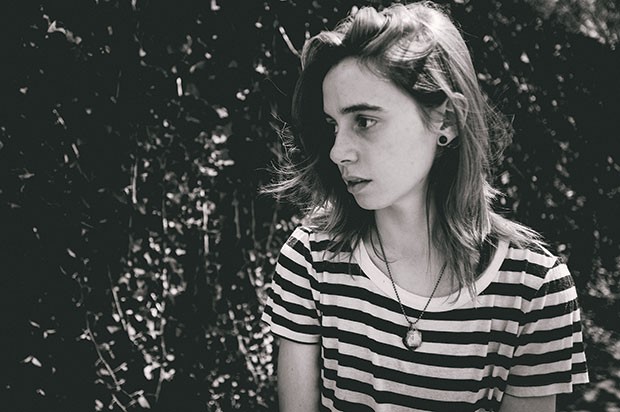 The Decemberists with Julien Baker

Well, probably not, but it’s up there pretty high. When City Paper catches up with Baker by phone, she’s parked outside one of those combination gas station/Dunkin’ Donuts, but she’s not likely to get a cup off coffee here (more on that in a minute). She’s with Lucy Dacus, her Matador Records labelmate and good friend, and they’re on their way down to visit Baker’s hometown of Memphis, Tenn. They plan on attending a house show to see a screamo band that Baker loves.

Those who know Baker by her vulnerable, soaring vocals and gentle songwriting might be shocked by her affinity for hardcore and grungy DIY spaces. She has a stick ’n’ poke Underoath tattoo and spent a lot of her free time as a teen at an all-ages, drug-free skate park. Hardcore music and the ethos behind it are embedded in Baker’s mind.

“At those heavy shows, the artists are admitting their faults and putting their hearts on display,” she says. “You’re screaming loudly because you need to scream loudly.”

In just a few years, the songwriter has gone from playing living rooms to touring with The Decemberists, playing festivals and taping Tiny Desk concerts for NPR. Despite that, the 21-year-old Baker hits up the same shows she did before she debuted Sprained Ankle, in 2015.

The moment that represents the epitome of what Baker loves about hardcore culture is the sacred passing of the microphone.

“The most revolutionary thing that happens is putting that microphone into the crowd,” says Baker. “That participation is cleansing.”

The tradition goes back to a speech that Josh Scogin, vocalist for Christian hardcore outfit The Chariot, gave during a performance in Australia, later featured in a video of the performances on that tour. “This microphone is your microphone,” he proclaims. “This stage is your stage. This is our house, so be free.”

Baker looked up to Scogin, and their mutual desire to heal through music bonded them after her post-punk band, Forrister, performed with his new project, ’68.

Religion was the root of The Chariot’s own catharsis, and it is for Baker as well. The faith, hardcore and DIY communities are all linked by a similar mission.

“If we could reach that understanding, I think conversations about spirituality would make people squirm less.”

When Baker talks about DIY ethics, hardcore culture and socio-political theory, she does so knowledgeably. She had just finished reading Refugees, Terror and Other Troubles with the Neighbors, by Slavoj Žižek, and was digging into Let Us Now Praise Famous Men, journalist James Agee’s account of life among American sharecroppers during the Great Depression.

These are serious, heady topics, but what makes Baker unique is how her wisdom and curiosity are combined with the goofy, fun-loving musings of a 21-year-old. She’s still that young adult who loves going to house shows, drinking good coffee and traveling with her best friends.

As our conversation winds down, we begin to talk about coffee and the three-tiered system she’s developed to categorize coffee shops.

“It may seem counterintuitive, but you usually want a tier-two coffee,” explains Baker. “The third tier are your big chains, your Tim Hortons, Dunkin Donuts, Starbucks. The first tier are those coffee shops where the barista probably has a name tag on that says ‘coffee artist’ instead of ‘barista’ and is contractually obligated not to smile. All the furniture is angular, like you’re meant to feel uncomfortable.”

She chuckles as she leads into the sweet spot, tier two.

“It’s that coffee shop with old couches, board games missing a bunch of pieces, and a push-pin board where somebody is looking for their lost cat, someone else is trying to start an open-mic night. You probably have to walk through beads to get to the bathroom,” she explains.

It’s this balance, her funny way of categorizing coffee and her genuine penchant for hardcore mingling with her melancholic, spiritual music, that makes Baker a crossover artist without her having to write music that panders to different fans. Just by being herself, a complex human being with varied interests, she’s able to deliver crowds into complete, attentive silence.

Without intending to, or ever daring to claim such a title, Baker has become the patron saint of the lost and broken-hearted. She uses her stewardship to heal both the crowd and herself. And who knew that that patron saint would be found in a living room listening to a screamo band in Memphis, not knowing just how important she is.