Julia Holter gets comfortable with working together

"In situations [in school] where you were supposed to be working with instrumentalists, I was really reclusive." 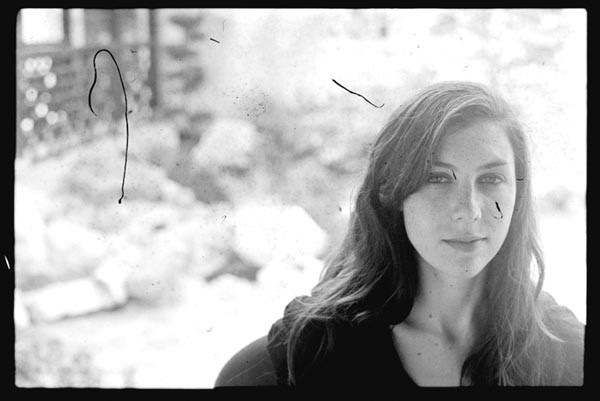 Photo courtesy of Rick Bahto
Get her to the Greek tragedy: Julia Holter

JULIA HOLTER with THE GARMENT DISTRICT.

When listening to so-called bedroom recordings — those albums intimately recorded at home in relative solitude rather than in a conventional studio — imagining those rooms is nearly irresistible. How chilly was Bruce Springsteen's bedroom that January when he recorded Nebraska? How filled with odd treasures is R. Stevie Moore's apartment studio? And in what dusty, memory-haunted Victorian mansion did Julia Holter dream up Ekstasis?

An LA-based, classically trained multi-instrumentalist — her musical arsenal includes keyboard, organ, harpsichord and drums — Holter studied electronic music and composition at CalArts. But as she explained over the phone before losing reception en route to Montreal, she was something of a loner.

"There are [composers] who are really social in school, and concentrate on getting their pieces played. In situations where you were supposed to be working with instrumentalists, I was really reclusive." She spent much of her time writing music — but, she says, "even when I was supposed to be working with people, I felt really uncomfortable. It [was hard to be] clear to other people about what I wanted when I really hadn't figured out for myself what I wanted."

Recording on her own turned out to be a natural step in discovering her sound. Holter's 2011 full-length, Tragedy — a sparse, solemn and otherworldly record inspired by Euripides' Hippolytus — was followed shortly by Ekstasis, which Holter released in March. In a relatively good year for music, Ekstasis was an early standout, a delightfully unexpected treat that will likely show up on many a year-end list.

Though both albums were written at the same time, Ekstasis is lighter in tone than Tragedy, and more complete; there is a peaceful solitude at its core, under layer upon purposeful layer of dreamy sound. (When Jeff Klingman of The L Magazine asked how many vocal tracks Holter used on the opening cut, "Marienbad," she laughed and said, "I don't know. Probably 30?")

The record most readily brings to mind the ambient, minimalist experimentation of World of Echo-era Arthur Russell and the conceptual scope of any-era Kate Bush, and it's not surprising that Holter once helped back up freak-folkie Linda Perhacs. Ekstasis feels like a long daydream, but there is much to discover in careful, repeated listening.

As vast and detailed as Holter manages to make her at-home recordings sound, touring is something else entirely. When the music performed live, she says, "it's really different from the record. Not on purpose, but we have a cello, drums, keyboard — and on the record, there's no real drums, there's not really a cellist."

And now that she has a better sense of her musical identity, playing with other musicians is a lot more fun. "I love performing the songs with people; we've worked together to make the songs come to life," she says. "It's very different from recording, but I like it."