The Mattress Factory board of directors announced Judith Hansen O'Toole, director emerita of the Westmoreland Museum of American Art, as the museum’s new acting director. The move comes after Mattress Factory executive director, Michael Olijnyk, was placed on temporary paid leave after four female employees filed a complaint with the National Labor Relations Board over what they view as the museum’s mishandling of sexual assault allegations against a male staff member.

“I have long considered the Mattress Factory to be a vital part of the Pittsburgh cultural scene and a unique, artist-oriented institution on the international stage,” O’Toole stated in a press release. “I believe in the ability of the arts to change people’s lives. I’ve witnessed the Mattress Factory do just that for more than 40 years. It’s an exceptional asset, and I’m eager to help further the museum’s mission.”

O'Toole is an expert and author in the field of 19th- and 20th-century American art. For 25 years, she served as the Richard M. Scaife director and CEO of the Westmoreland in Greensburg. She officially retired from the role in June after leading the museum through a number of transformations, including a renovation and expansion. A statement from the Westmoreland also credits her for making the museum a nationally recognized institution.

In addition, Mary Navarro, an arts manager consultant, will work as a special advisor to the Mattress Factory and report directly to O’Toole. Navarro served in several interim leadership positions, most recently as interim manager for Associated Artists of Pittsburgh, and worked with O’Toole as an independent consultant to the Westmoreland during the planning stage for the museum’s expansion.

“Judy and Mary have spectacular experience and reputations in the arts community far and wide. We are delighted they have agreed to work with us at this important time,” Mattress Factory board chairman, Michael White, stated in a press release.

The Mattress Factory came under fire last month after four female employees —three former and one current — went to the NLRB claiming that the museum never properly addressed their claims of sexual misconduct and assault at the hands of one male staffer. The serious allegations — all outlined by an in-depth article from WESA — include rape and sexual harassment, as well as retaliation by museum management when the women came forward with their claims.

Since the allegations came to light, funders like the Allegheny Regional Asset District — more commonly known as RAD — is reexamining its support of the North Side museum.

In a press release, the board of the North Side museum states that it’s currently cooperating with the NLRB during its investigation into the matter.

With the MOMENTUM Gala, Focus On Renewal program celebrates 49 years in Sto-Rox 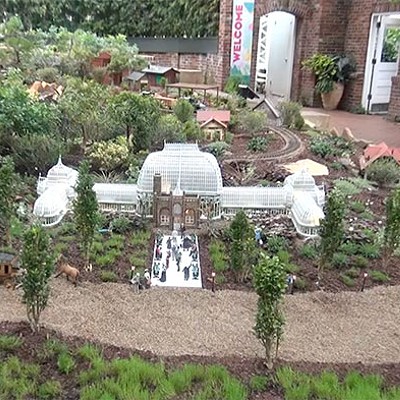 Mattress Factory extends hours as an alternative to the 'weekend rush'