What is the message to this and other victims? 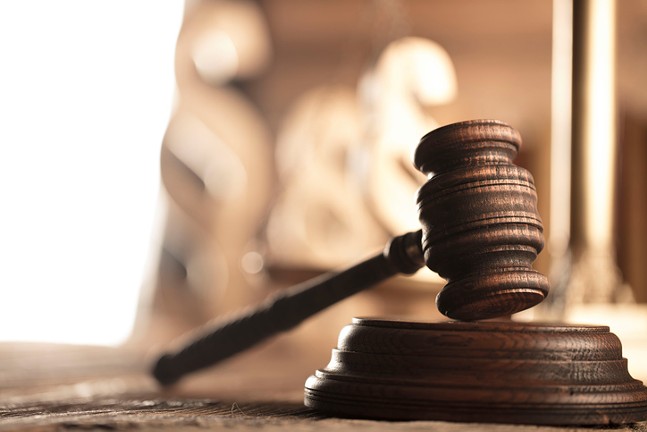 With the recent historic increase in the number of victims reporting past sexual and domestic violence, questions arise as to why victims wait so long before reporting such incidents. If you have been asking yourself such questions, you need look no further than the Allegheny County Court of Common Pleas to find some answers.

In a case heard by Common Pleas Judge Lester Nauhaus last year [and first reported in City Paper], a female high school student had the courage to report that a male student at her school inappropriately sexually touched her. The perpetrator pled guilty to sexually groping the victim six times and the case ended up before Judge Nauhaus for consideration of an appropriate fine and punishment. In the presence of the victim and the perpetrator, Judge Nauhaus asked how many times the perpetrator had touched the victim. The judge then proposed fining the perpetrator six dollars as a reduced fine … a dollar a touch. In a case from earlier last year, Nauhaus was hearing a separate harassment case. He ended up dropping all charges against the accused and he made a reference to the fact that our president says worse things than that." . In both cases, Judge Nauhaus trivialized the sexual violence and harassment for which guilty pleas had already been entered.

In Allegheny County, many working in the justice system have worked hard to ensure that sexual- and domestic-violence perpetrators are held accountable for their criminal behavior, and there are guides for model justice-system response. If a member of the justice system chooses to act contrary to these guides, there must be accountability. Victims will not report if our justice system permits sexual assault and domestic violence to be trivialized and discounted.

Formal complaints have been made against Judge Nauhaus for his conduct in these local cases. The response of our court systems to date has been to move Judge Nauhaus to a different division, but to continue to request his services as a Senior Judge on the bench each and every month since the hearings described took place last year. With that response, don’t be surprised that victims continue to be reluctant to report.

Shirl Regan is the president and CEO of the Women’s Center & Shelter in Pittsburgh.