Last December, the DJ was nearly killed when a cab ran him over while he was sleeping. 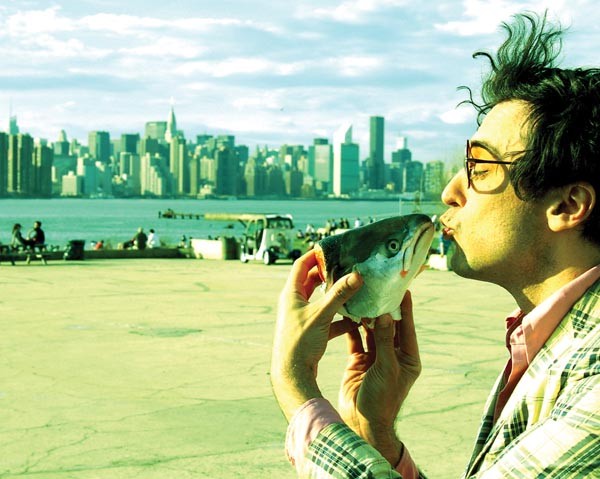 Jonathan Toubin is the host of numerous New York dance parties — most famously, his Soul Clap and Dance-Off series, which comes to Brillobox on Sat., June 30. Last December, the DJ was nearly killed in a freak accident in Portland, Ore., in which an out-of-control cab ran him over while he was sleeping in a hotel room. He was back in the game by the end of April, and took some time this month to talk with City Paper about the accident — and about crate-digging in Pittsburgh.

Are you going on a full tour this summer, or —

No, no, I quit touring temporarily; I'm just doing one-offs here and there, mostly on Saturday nights.

Tell me about the accident. How much do you remember about it?

Apparently I was awake, but I don't remember anything; I was sedated for an entire month after it happened. My last memory was checking into the hotel the night before.

I guess a cab driver lost control of her cab. I don't really know what happened; they reported it was a diabetic incident. She lost control of the vehicle and it went through my room. I guess they went to help her, then figured out that there was somebody under the tire. Some guys lifted it off me while another guy was kind of backing [the car] up; they called the ambulance and everything, and got me right to the hospital.

What kind of injuries did you end up with?

I had, like, 26 major injuries. One injury would be like, "12 fractured ribs" or whatever — it's a lot of stuff. I guess I punctured my liver and spleen, my lungs got all crushed and full of fluid. I broke a couple of bones in my skull, and my clavicles and scapula ...

And then you just kind of popped right back, right?

Well ... not really; it took a long time! But, yeah, everybody was really pleased with how everything healed, and how quickly I got through therapy.

Was the initial prognosis that recovery would take much longer?

When you first get in there, they're not sure if you're going to live. Then they say, "Well, he might be in a wheelchair, with an oxygen tank." And then it got to the point where maybe I'm going to walk, and not have brain damage. That's when it really got good. I got through the hospital twice as quickly as they thought, and through rehab twice as quickly as they thought. Either I'm really lucky or really resilient. Maybe I'm just determined.

Previous to your accident, you were DJing full time, right?

Yeah, I was working almost every night since 2007. I slowed up a little last year, but I still think I did around 250 or so nights in the year.

How did you decide to make DJing your priority?

Graduate school was going really well, and I quit that. I had quit music — I have this tendency to quit things when they're going well. So I made this pact with myself that the next thing I do well at, that I like, I should just not look back and continue with it. Oddly enough, it was DJing, which I didn't expect.

You stick to 100 percent vinyl.

I only play original 45s.

What's the reasoning behind that?

I was playing a variety of formats, but the 45s that I'd been accumulating, I really liked the way they stood out, and it was sort of hard to follow them with some of the 33s and definitely the CDs. I decided if I'm going to make a living doing this, I should get an aesthetic that's firm. So I decided to throw everything else away. Most of my things were on LPs, and I had to remake my collection from the bottom up based on an aesthetic. I've had to limit myself, because some of the best tracks have never been on a 45.

A lot of people talk about Pittsburgh's vinyl stores being great — do you like to spend time shopping when you're here?

Oh, you better believe it — I always stay a couple days after if I'm out on a tour, and I sometimes visit if I don't even have a real reason to. I really love The Attic, and they've always been so helpful to me, finding all these amazing records that are particular to your town. And Jerry's, I've spent a lot of time there.

When you're playing out in Pittsburgh, do you like to play old regional hits?

Actually, I more use your songs to make other people dance. People [in Pittsburgh] really know their records. People don't necessarily need to hear [J.J. Jackson's] "Oo-Ma-Liddi" again, although I never get sick of that one. I definitely play some, but — I have a Friday party [in New York] that's more R&B, rock 'n' roll, type stuff, and that's when all those Mad Mike songs come into play.

Pittsburgh's one of my favorite cities; I love the town, I love the history and the music. When I stay over on Sundays, I get to hear Johnny Angel [on WJAS], which is really cool for me. It's a great show. He's amazing — I learn so much from that show; last time I was in town, he called up one of the Bobettes and they had a conversation. We don't have anything like that that I know of on commercial radio in New York.