“What if you tried to equip a child at a very young age with the ability to survive and thrive, but then you weren't there to ensure or help them after a certain point?” 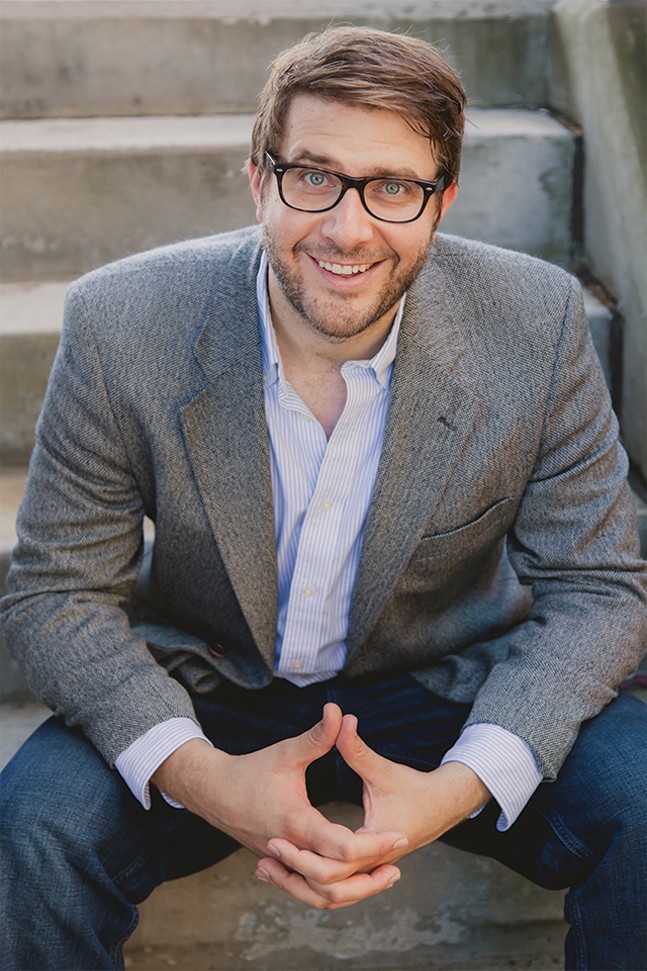 Early in Jonathan Auxier's new young adult novel, Sweep: The Story of a Girl and Her Monster, protagonist Nan thinks about the tales her father, named Sweep, used to tell her. Nan, now an orphan and chimney sweep in Victorian England, tells her own stories, about “magic bookshops, talking fruit trees, and blind thieves who could open any lock.”

Fans of the Regent Square resident's books will recognize that Auxier is referencing his first three novels – Sophie Quire and the Last Storyguard, The Night Gardener, and Peter Nimble and His Fantastic Eyes – in that passage.

But there's something else in that section related to Auxier's innate anxiety about being the father of three girls between the ages of 2 and 6. “You can see the excitement and joy you can spark inside them. But just as soon that happens, there's this secondary fear creeping up: What if I would disappear? Would they be able to keep that spark alive on their own?” he says. “Nan was kind of my thought experiment: What if you tried to equip a child at a very young age with the ability to survive and thrive, but then you weren't there to ensure or help them after a certain point?”

Auxier's writing has always had a magical, sometimes mythical quality. His settings are timeless, but often seem culled from a more innocent age, no less dangerous than the 21st century, but unencumbered by modern conveniences.

With Sweep, he's taking more chances by setting the book in a specific time and place. “It was actually a big deviation for me, to root it in history and really get into the nitty-gritty of where people were and what it looked like and what it felt like and what the politics of the era were,” he says.

Victorian-era politics in England included tacit approval of the use of children, either orphans or those purchased from impoverished families, as chimney sweeps. “Like many dark chapters in history, the more I looked at it, the worse it got,” says Auxier, who also relied on Charles Kingsley's The Water-babies: A Fairy Tale for a Land-Baby, published in 1863 about a young chimney sweep, for background research.

Auxier worked on Sweep for years before finding the right tone. What was lacking, he admits, was parenthood – the story didn't work until he started having kids. When his youngest daughter was born two years ago with serious health issues, Auxier found an outlet for his anxiety that fueled the completion of the story.

“My wife and I found ourselves in this very difficult situation of loving and raising and fighting for a tiny little baby while also preparing ourselves for the possibility she might not survive,” he says. “And this book is what I did with that pain. I had to put all that chaos inside me somewhere, that doubt and uncertainty, and I wanted to put it inside this story because I felt the story could help me find a way out. And in many ways, it really did.”