“I’m glad to be playing with him, because when we come together, there’s a certain power that I’ve never experienced with anyone else.” 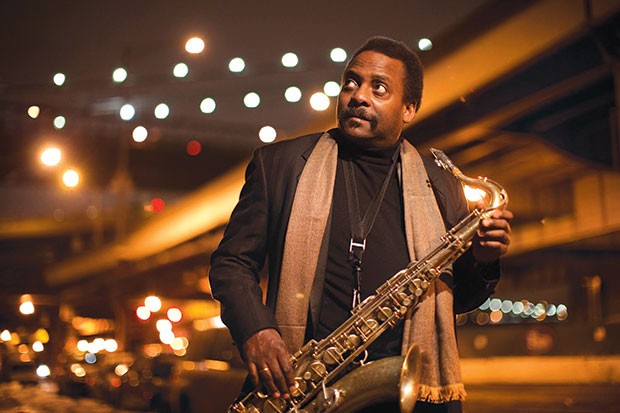 8 p.m. Sun., Dec. 11. James Street Gastropub, 422 Foreland Ave., North Side. $25-30. 412-904-3335 or jamesstreet
gastropub.com
David Murray and Kahil El’Zabar have a music partnership that began in 1975, but they didn’t meet at a loft or on the bandstand. Murray, then a college sophomore, was visiting Chicago en route to New York City when he was introduced to drummer and poet El’Zabar on a basketball court. Immediately El’Zabar impressed the young tenor saxophonist. “Kahil was really, really good,” Murray says, on the phone from New York. “He could’ve been a great basketball player. He was really good then. And I used to play, but he had the size.”

Before long, they began playing music together, connecting through a version of jazz that tapped into a spiritual feeling. “He’s an original, a total new-world thinking person,” Murray says of his bandmate. “Sometimes he can really channel what’s happening in society. He’s a visionary. And I’m glad to be playing with him, because when we come together, there’s a certain power that I’ve never experienced with anyone else.”

If anyone can see such depth in a musician, it’s David Murray. For over four decades he has been one of the most dynamic tenor saxophonists on the planet, absorbing the straight-ahead jazz of Sonny Rollins and the free cathartic playing of Albert Ayler, and channeling both into an original voice. Best known for his tenure with the World Saxophone Quartet, he has also led groups as diverse as a big band that featured R&B star Macy Gray on vocals, and an ensemble that pays tribute to Nat “King” Cole’s Cole Español albums, in which he played Spanish-language songs with Cuban musicians. Within days of this conversation, Murray (also a fluent bass clarinet player) finished a European tour with the collective trio MAC, which includes the University of Pittsburgh’s Geri Allen on piano and Terri Lynne Carrington on drums.

El’Zabar and Murray (who bounces between homes in New York, Paris and Portugal) released several albums together in the ensuing years as a duo. While both have played with bassist Harrison Bankhead, another Chicagoan, this tour marks the first time all three have played together as a unit.

Murray’s enduring career and reputation relate directly to the way he approaches music — understanding and respecting the traditions of jazz without getting restricted by them. In talking about titans like Ornette Coleman, Sun Ra or the World Saxophone Quartet, he says, “We understand a quality of the music [and] try and keep it on a certain level. But at the same time, we try to push it forward. Otherwise, it’s just redundant. What we hate, what we detest, we try to run from, is to be put in little boxes, so that we can only be a certain kind of musician.”

He and El’Zabar collaborated on a piece called “One World Family,” which they’ve revisited on several albums. Murray points to this as an example when he calls the drummer a visionary. “Kahil concentrates on the love among people, humanity, ecology, spiritual preservation, spiritual rejuvenation,” Murray says. “There’s a message there. Some people might think it’s corny, but it’s the thing that probably needs to be reverberated in this millennium. Something that needs to revisited.”