"Our goal is to help DEP do their job better." 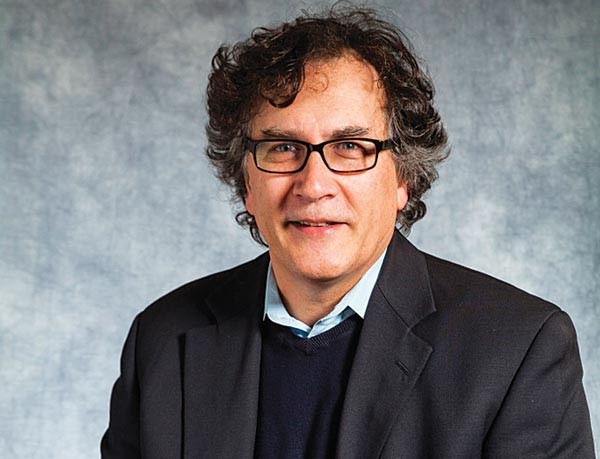 John Stolz began researching the effects of gas-drilling in 2010, not long after the hydrofracturing boom took hold in Pennsylvania. These days, the Duquesne University microbiologist regularly serves as an independent expert on how fracking — in which large volumes of water, sand and chemicals are injected underground under high pressure to break up rock formations containing gas — can affect well water.

His best-known research involves the Woodlands, a rural Butler County community where residents began complaining of declining well-water quality shortly after gas drilling began there in 2010. Many still rely on donated water to survive. Recently, Stolz — director of Duquesne University's Center for Environmental Research and Education — completed a three-year study, including water testing and surveys of Woodlands residents. A summary released in April reported that 56 of the 143 households surveyed (39 percent) had seen changes in their water quality, most often involving the water's color or smell. Though the findings are complex, the study concluded that it's "quite plausible" that drilling and related activities — including some 65 horizontal wells in the immediate area — had affected the local hydrology. (The full report is due in June.)

Contamination isn't unique to the Woodlands: Statewide, the Department of Environmental Protection (DEP) has confirmed more than 250 cases where drilling-related activities damaged water supplies. And recently, Stolz's research team collected samples from a Washington County community where fracking is occurring. "It's red water, it's brown water, it's black water," he says.

Stolz has been informing public debate on hydrofracturing for a while. Pittsburgh City Council requested his input before approving a citywide ban on fracking. In 2012, Stolz was part of the energy and environment "visioning team" of newly elected Allegheny County Executive Rich Fitzgerald. And earlier this month, Stolz was among a handful of presenters invited to speak at a special meeting of county council, prior to council's controversial vote on permitting drilling beneath Deer Lakes Park. Councilor Sue Means called the meeting out of concern that industry voices were dominating the discussion. But the May 1 meeting was lightly attended, and despite environmental and health concerns raised there by Stolz and other experts, council approved the drilling proposal, which Fitzgerald signed.

Stolz also contributes to a lower-profile initiative: He's technical adviser to a coalition of environmental groups that has been meeting with state officials in Harrisburg to try to improve how the state deals with drilling-related water-quality issues. The group includes representatives from six groups, including the Sierra Club and Penn Environment. "I'm glad to have John in the room" to explain technical points, says Steve Hvozdovich, who represents Clean Water Action on the coalition.

"Our goal is to help DEP do their job better," says Stolz.

Among other issues, the coalition notes that when citizens complain of fouled water, the state routinely tests for only a narrow range of contaminants — usually leaving out dangerous toxins like mercury, chromium, cadmium and beryllium. "They could be reporting on more stuff," says Stolz.

The coalition's key Harrisburg contact has been Scott Perry, the deputy secretary of DEP's Office of Oil and Gas Management. "We very much value their input," says Perry of the coalition. But Perry sounds unlikely to back a change in testing standards. He says that unless other contaminants are suspected, the DEP tests only for substances likely to indicate contamination related to drilling. To "test for everything under the sun every single time," he tells City Paper, is both inappropriate and a strain on resources.

"When we're talking about health and safety and whether someone has safe drinking water, to me that's tough to place a price tag on," argues Hvozdovich. "If it's a resource issue, then our state needs to step up."

Stolz also worries that drillers and regulators pay too little attention to "legacy issues" — the presence of old coal mines and conventional gas wells drilled before the fracking arrived on the scene. He believes contaminants associated with mine drainage that are found in some water wells are caused by new "conduits" in the rock created by fracking. He says old mines in places like the Deer Lakes Park area might well cause problems if drilling happens.

"The damage," he says, "is gonna start popping up in places it's never popped up before."