John Hanger wants to be the progressives' choice for governor; unfortunately for him, he's not alone | News | Pittsburgh | Pittsburgh City Paper

John Hanger wants to be the progressives' choice for governor; unfortunately for him, he's not alone

In 2010, such a platform would have put John Hanger on the fringe. Now, he's in danger of being lost in the crowd. 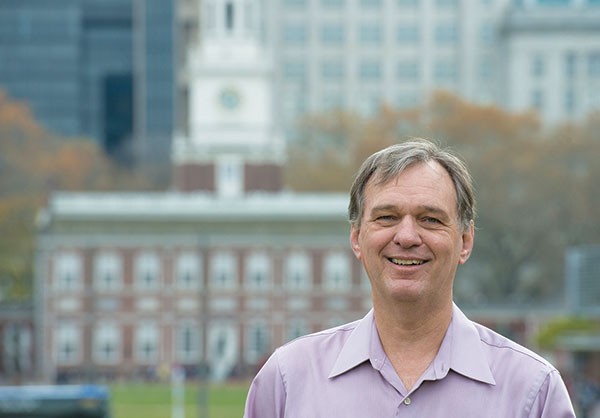 The first time Democrats prepared to take on Tom Corbett, back in 2010, liberal voters had an unenviable choice. The party's front-runners, Dan Onorato and Jack Wagner, both skewed moderate-to-conservative. The most progressive Democratic candidate, Montgomery County Commission Joe Hoeffel, finished fourth in the primary.

More than a year away from Corbett's re-election battle, things are shaping up much differently. But what's good for liberals — a field heavy on progressive choices — may be bad for the candidate who jumped in first: John Hanger.

Hanger, who headed the Department of Environmental Protection under former Gov. Ed Rendell, was the first candidate to enter the field — weeks after the 2012 Presidential election. And he has campaigned as an unabashed progressive.

Hanger, who was the founding president of environmental group PennFuture, favors gay marriage and is pro-choice. He also backs legal marijuana for medical use, and wants to repeal the death penalty.

"I will sign a bill repealing the death penalty, I'm the only one who has said that. I'm out there speaking about climate-change science all the time and I'm for moving over time to a single-payer [health system]," says Hanger. "There are real differences here that people will see."

He's also already talking about policy specifics. Last week Hanger proposed a plan designed to put more than 280,000 Pennsylvanians to work and raise more than $8 billion, thanks partly to a higher tax on natural-gas drilling. And in an interview with City Paper, Hanger said he'll restore $1 billion in education funding that lapsed on Corbett's watch, instead of pressing forward with corporate tax breaks Corbett is seeking. Hanger also pledged that charter schools which fail to meet federal test standards would lose state funding — a move he says could bring back $700 million to public schools.

In 2010, such a platform would have put Hanger on the fringe. Now, he's in danger of being lost in the crowd.

"All of these candidates are classic liberal Democrats," says G. Terry Madonna, director of the Center for Politics and Public Affairs at Franklin and Marshall College. To win the primary, "It won't be enough to say that you are pro-marriage and in favor of gun control."

"The thinking in the Democratic Party is that Tom Corbett is vulnerable, period," says Keegan Gibson, managing editor of political website PoliticsPA.com. "It's not like you need a Bob Casey to win. So what you have — particularly since most of the candidates are out of the more liberal southeast — is a race to the left."

That's a race Hanger may have trouble winning. Gibson says Hanger sets out with "a very low public identification and he has no fundraising base" — key in a race where Madonna estimates Hanger needs $10 million to $12 million "to really get your name out there." Schwartz, with her base in vote-rich Philly, "is much more well known," Gibson says.

In addition, Gibson says, "John Hanger has a Gasland problem."

In that 2010 documentary, which has become a touchstone for anti-drilling activists, Hanger is depicted as being out-of-touch with environmental concerns in drilling sites like Dimock, Pa. At one point, filmmaker Josh Fox challenges Hanger to drink water from a well there. (Hanger refuses.)

Hanger, who has denounced Gasland's "selective, distorted view of gas drilling," says he was a more zealous regulator than Corbett's administration has been. Gas, Hanger says, "must be very highly regulated and taxed to appropriately address the fact that there are winners and losers." But he says natural gas still beats options like coal.

"I wish we were 100 percent renewable," says Hanger, who's also served on the state's Public Utility Commission, where he helped to deregulate utilities, allowing customers to choose greener electricity suppliers. "But there's a rising opinion that all fossil fuels are evil ... and that's just not true."

Still, Gibson says that not calling for an outright drilling ban, as New York state has done, is "a tough sell." He likens it to "being the head of a gay-rights organization and saying that you're OK with civil unions and not gay marriage."

But Hanger says the field is wide open ... and for progressive voters, there are worse things than having options.

"My pitch to Democratic voters is, check us all out," Hanger says. Even Schwartz only had 15 percent support in a recent poll, he notes: "There's no [obvious candidate like Ed] Rendell in this race. A candidate with the right policies can catch fire."