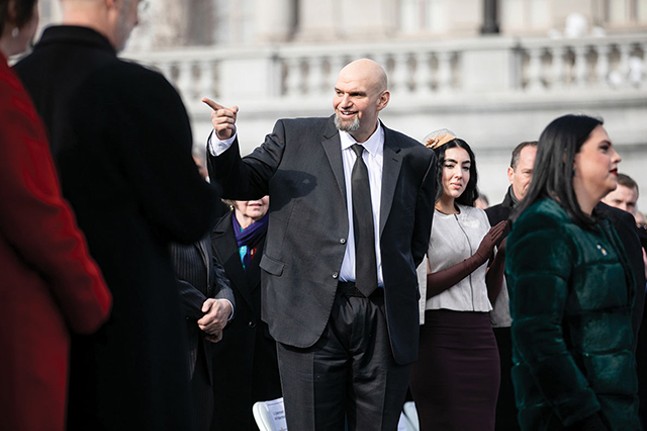 Lt. Gov. John Fetterman (D-Braddock) is in the midst of a statewide tour, where he is speaking about the possibilities of recreational marijuana becoming legal in Pennsylvania and listening to the concerns of residents in every county. Pittsburgh City Paper wanted to know what his impressions of the tour were so far.

My mandate for this recreational marijuana listening tour is to conduct a transparent and unbiased tour that goes to all 67 counties and listens to the concerns of each and every Pennsylvanian.

Having wrapped up the first half of the tour, we’ve heard from Pennsylvanians who support, those who oppose, and those who are undecided. Everyone has a chance to share their views about the legalization of adult-use retail cannabis. They can speak when the tour stops in their county, fill out the comment cards present at each stop, or comment via our online submission form, where we have acquired nearly 30,000 submissions.

Not surprisingly, most people have an opinion and most of them are strong. At the end of each session, I ask residents to raise their hands whether they’re in favor, opposed, or undecided. While the reaction has been in keeping with polls that show favor statewide for legalization, a few people raise their hands to say they just don’t know.

You can’t tell how people feel about marijuana — or maybe even anything else — by how they look, talk, or dress. But with this tour, we’re seeing what everyday people believe about recreational marijuana.

What we’ve seen so far is:


So far across the state, the top concerns are:
On the other side, those in favor point out: