“It’s a chance to get in front of a bunch of new readers.” 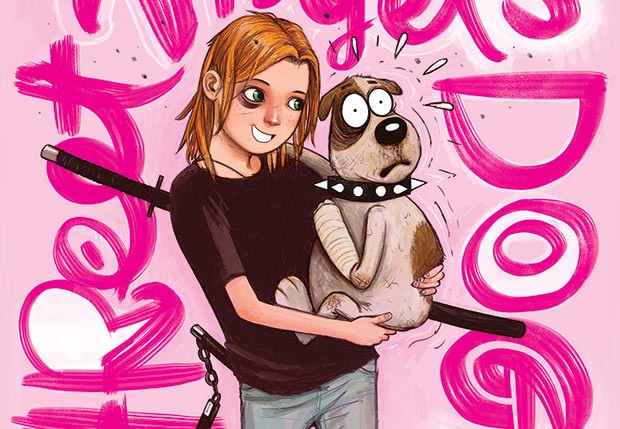 Pittsburgher Jim Rugg knew he wanted to be a comic artist from an early age.

“I started out reading comic books and I loved them and I love to draw and once I realized lots of people got paid to draw comic books, that was it for me,” Rugg says. “I was 12 and I decided that’s what I was wanted to do.”

Rugg is the Eisner Award-winning artist behind Street Angel, a comic series published by Image Comics (publisher of the The Walking Dead). This year, in honor of Free Comic Book Day, he’ll be releasing a new issue in the Street Angel series for free.

“People who don’t normally read comics will go to comic book stores on Free Comic Day to see what’s out there,” Rugg says. “Publishers see it as a big promotional event for their comics.”

The Street Angel series is about homeless, ninja, skateboarder Jesse "Street Angel" Sanchez. Rugg says he created the titular character because of the dearth of diversity in comic book characters.

“Whenever we first created Street Angel, it was to try to create a book that was different than all of the books I saw at comic book stores — primarily well-off white men fulfilling some 12-year-old male fantasy,” Rugg says. "We wanted to create an alternative to that for readers who aren’t interested in those kinds of characters.”

In this year’s Free Comic Book Day installment, Street Angel’s Dog, Street Angel is dumpster-diving for food when she hears a noise. When she peers out of the dumpster, she sees a scared dog being bullied by a gang of kids. Street Angel springs into action, scares the kids away and eventually sets out to help reunite the dog with his family. 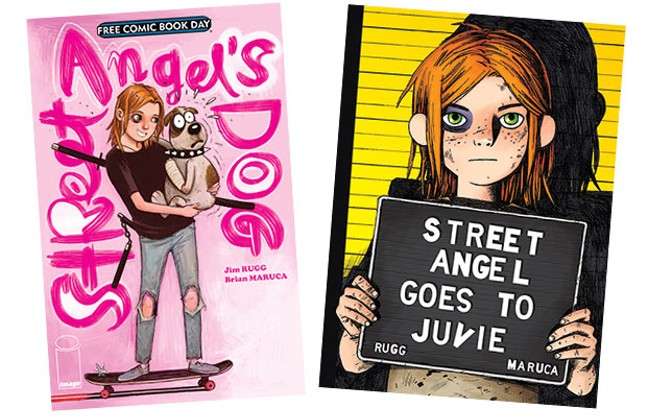 Free Comic Book Day is now in its 17th year. As part of the annual event, each publisher releases one or two books from its artists for free. This year, Image Comics chose Street Angel. The issue will be the largest print run of anything Rugg has published.

“It’s a chance to get in front of a bunch of new readers,” Rugg says. “It has become a Black Friday for the comic book industry, every comic book shop I know, it’s their busiest day of the year. It’s a chance for me to put this comic in front of readers who have never heard of Street Angel.”

The book will be available at Eide's, both Phantom of the Attic locations in Oakland and Monroeville, Copacetic Comics, Pittsburgh Comics, all five New Dimension Comics locations, South Side Comics, Duncan Comics and others. Rugg will be at New Dimension’s Pittsburgh Mills location to sign copies of his book on the day.

“Free Comic Book Day has become the biggest nerd holiday of the year!” said New Dimension Comics owner Todd McDevitt in a statement. “Every year, it’s more and more exciting to immerse into pop culture, which is dominated by all the cool characters that we have been selling for 32 years now. This is a great day for diehard fans, and for those curious to get a sample of what this great hobby is all about.”

But readers don’t have to wait until Free Comic Book Day to pick up another installment of Street Angel. On Wed., May 2, Rugg will be at Pittsburgh Comics to debut Street Angel Goes to Juvie, a new adventure that finds Street Angel in the criminal justice system.