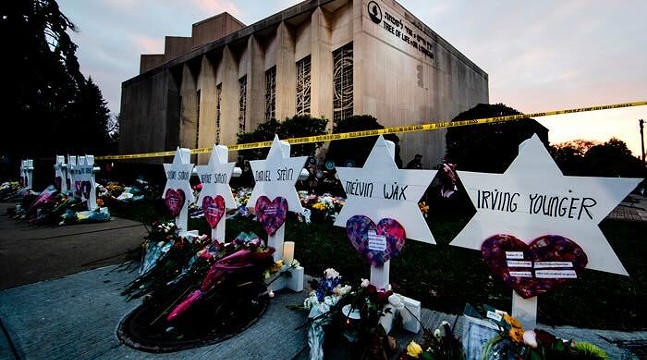 Repairing the World: Stories From the Tree of Life
An annual film festival celebrating Pittsburgh’s strong and vibrant Jewish community is returning for its 29th season this year, with a mix of in-person and virtual screenings. The JFilm Festival, organized through Film Pittsburgh, runs from Thu., April 28-Sun., May 8, with three showings at the AMC Waterfront in Homestead, and 15 more films screening virtually.

“Every year I think the films can't get any better, but we always find new gems,” says Film Pittsburgh Executive Director Kathryn Spitz Cohan, adding that this year’s selections offer something for everyone. “For some reason, filmmakers made a lot of comedies this year — a response to the pandemic, maybe? — and we have five really funny films in our line-up. There are also several incredible documentaries and dramas about a range of topics.”

The three in-person films exemplify the impressive resume the JFilm Festival has built over the years, and why it’s such a must-see for so many looking to explore more about Jewish culture on screen. 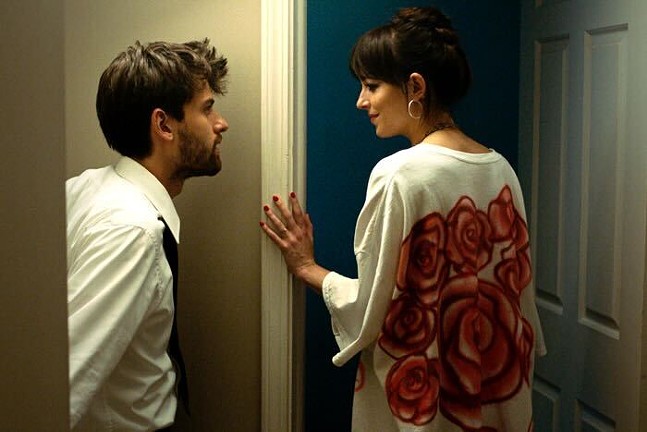 Cha Cha Real Smooth
The festival opens with a screening of Cha Cha Real Smooth at the Waterfront at 7 p.m. on Thu., April 28. Starring and produced by Dakota Johnson, the showing will mark the official debut of the film in Pittsburgh, before streaming on Apple TV+ later this year. A romantic comedy from up-and-coming star Cooper Raiff, the film was shot in Pittsburgh, and has drawn raves in early reviews. “We’re thrilled that Apple TV+ has entrusted us to show Cha Cha Real Smooth for the first time in Pittsburgh,” Spitz Cohan says in a press release. “So many talented Pittsburghers worked on this film, and we can’t wait for everyone to see it on the big screen.”

The festival’s centerpiece film, Repairing the World: Stories From the Tree of Life, follows with its world premiere screening at 7 p.m. on Thu., May 5, and includes a Q&A with the director following the showing. The documentary is a gut-wrenching and powerful look at the Tree of Life mass shooting, and how the community worked to pick up the pieces in its aftermath. “The community of Pittsburgh had its heart torn when their neighbors were killed at the Tree of Life synagogue,” says Director Patrice O’Neill. “As the community works to heal and bridge differences, we firmly believe their stories can inspire others seeking to repair our wounded communities, our country, and our world.”

“The film is a tribute to all who banded together after that horrific day to show the world that love is stronger than hate,” she says. “It is remarkable and a loving memory to the 11 lives we lost that day and the many others who have lost their lives to hate. It is also a call to action. What can you do to make your city a more just place for all people?” 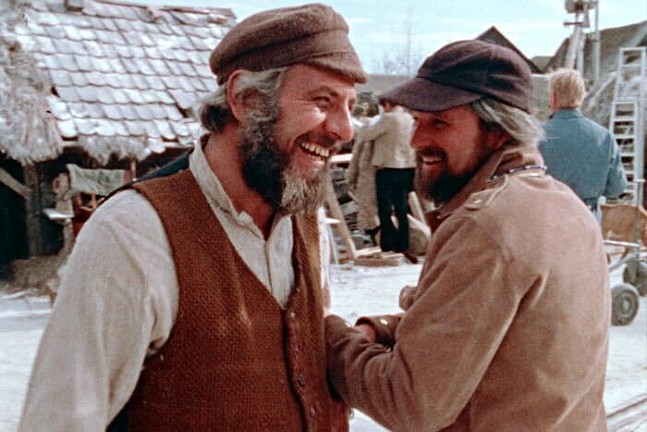 Fiddler’s Journey to the Big Screen
An exciting mix of virtual films can be also be accessed throughout the festival at filmpittsburgh.org/pages/jfilm. Among them include Fiddler’s Journey to the Big Screen, a behind-the-scenes documentary narrated by Pittsburgh native Jeff Goldblum on the process of making Fiddler on the Roof into a film; Let it Be Morning, an Israeli satire that was an official selection at Cannes; and, The Replacement, a Spanish crime film about a police officer working a case that offers a troubling underbelly of secrets.

The festival closes with an in-person screening of Rose, a feel-good French film that will screen on Sun., May 8, serving as an uplifting capper to a display of the variety of experiences Jewish cinema has to offer, and the care organizers have put in to displaying Jewish culture.JFilm Festival. Thu., April 28-Sun., May 8. Online and at AMC Waterfront, 300 W. Waterfront Drive, Homestead. $15-136. filmpittsburgh.org