A muddle of songs, mob comedy and backstage melodrama that never quite gels 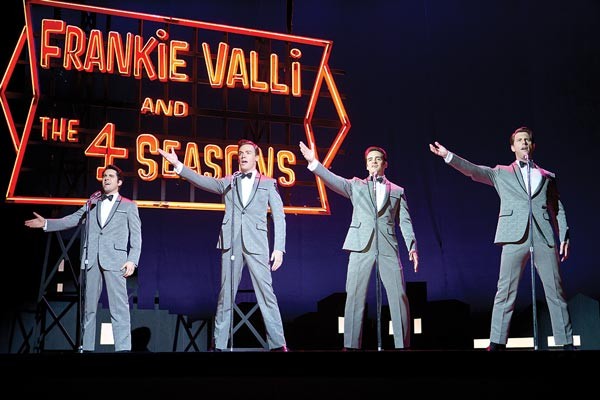 Clint Eastwood directs this adaptation of the popular Broadway musical tracing the career of Frankie Valli and the Four Seasons, and it's a surprisingly flat affair. Part mob comedy, part backstage melodrama, it never really gels into a compelling (or believable) tale of the highs and lows of struggling to become a huge pop sensation. Befitting its stage roots, it's endlessly feel-good (even the few sad parts are designed to entertain), and the actors deliver a decent facsimile of the Four Seasons' distinctive sound. (John Lloyd Young, who portrays Valli, originated the role on Broadway.) Eastwood's not even trying here — it plays out like a better-than-average TV movie, complete with fake New York City sets and a muddled timeline. But in fairness, the whole venture doesn't seem to be aiming to be anything more than a mildly entertaining time-waster with some big hit songs tossed in.