Gage Skidmore
If you had Valentine's day plans with your partner, cancel them and find a way to attend Jeff Goldblum's Feb. 14 show in Pittsburgh.

The West Homestead native will play a show at Carnegie of Homestead Music Hall, accompanied by his band the Mildred Snitzer Orchestra. Tickets for the all ages show go on sale Jan. 11 at 10 a.m. and range from $53.50-128. A dollar from each ticket sold will go towards the Our Victims of Terror Fund run by the Jewish Federation of Greater Pittsburgh for those affected by the Tree of Life shooting.

Goldblum's jazz is exactly what you'd expect from a late-in-life actor who finally has the time and money to publicly pursue his hobbies. It's loose, free flowing, and is mostly instrumental. Goldblum helms the piano, while his orchestra consists of an upright bass, saxophone, drums, organ, and guitar. The band released their first album, The Capital Studio Sessions, in November 2018.

When asked where the name "Mildred Snitzer" came from, Goldblum told Rolling Stone "I thought about this woman whom I knew in Pittsburgh; a friend of my mom’s ..." so if you know Ms. Snitzer, tell her Jeff Goldblum says hi!

Feel the love with these Pittsburgh Valentine's Day flash tattoos 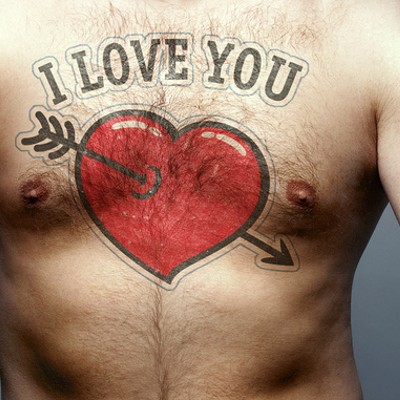