“I never really knew about the Americana thing until suddenly we were sort of part of it.” 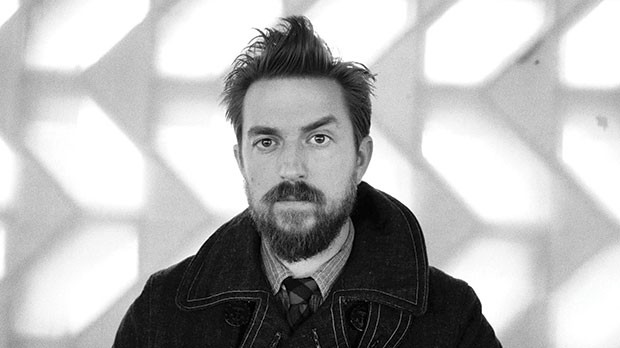 When JD McPherson released his debut album, 2010’s Signs & Signifiers, he created a slow-burning sensation. The record first gained notice thanks to a YouTube video of one of its standout songs, “North Side Gal.” A major-label reissue was named 2012’s Best Hard Rock Album by the Independent Music Awards. The 2015 follow-up, Let the Good Times Roll, might have been passed over for awards, but it was perhaps an even stronger collection, and it fared even better on the charts.

In many ways, the Oklahoma-born guitarist and songwriter is a tradition-minded artist. But it’s not as if McPherson emerged wholly formed from some rich musical environment; he had to find it on his own. He says that’s partly because he lived in such a rural area. “Where I grew up, there was really nothing — you can even underline this — nothing else to do except kind of explore what I was interested in,” he tells City Paper. “Things that I was gravitating towards — art and film and music — just weren’t available.”

That meant he had to work harder to discover the things that would inspire him. “That kind of set my resolve,” he says. McPherson’s insatiable curiosity would eventually lead him to discover two acts that would exert considerable influence upon him. The first was Austin, Texas, band the Bellfuries.

“When I found them, I thought, ‘Oh man, this is the right way to do it.’ Because they were playing with the sonic hooks of early traditional rockabilly,” McPherson says. He recalls that the band reminded him of very early Elvis Presley, but the songs were special. “The singer was a real songwriter, not writing about ‘the hop’ and stuff,” he says. “He was making nods to the Smiths and the Ramones, too.”

Another artist who inspired McPherson was a one-time member of the Fabulous Thunderbirds. Guitarist Nick Curran released the superb, retro-rocking Reform School Girl in 2010, two years before his untimely death. Reform School Girl sounds like a cross between Little Richard and punk rockers the Misfits; Curran and McPherson are clearly kindred musical spirits. “Nick was truly gifted, and one of the best guitar players ever,” McPherson says.

Perhaps surprisingly, McPherson and his band have been embraced by the Americana music scene. “I never really knew about the Americana thing until suddenly we were sort of part of it,” he says with a laugh. He laughs even more when he recalls playing a set at the AmericanaFest in Nashville. “We’re a lot louder than these other bands,” he thought to himself.

In between live dates, McPherson has been hard at work on his third album, though neither a release date nor title has yet been announced. McPherson says that those who enjoyed his first two albums may be surprised when they hear the new one. “It’s much more guitar-driven … more of a garage-type record. We’ve been playing some of the tracks live, and they’re going over really well.” Nick Curran surely would have approved.