Jason Isbell cleans up and issues a classic

Something More Than Free finds the singer in his comfort zone, wrestling with big ideas as they manifest in small towns

It’s not that Jason Isbell wasn’t a great songwriter five years ago. Isbell spent his twenties as one of the platoon of songwriters in alt-country band Drive-By Truckers, and by 2011, he’d released three records under his own name. That year’s entry, Here We Rest, showcased glimmers of brilliance.

Then something happened: Isbell faced down his problem with alcohol, married for a second time and, in 2013, gave the world his breakout album, Southeastern. It all came quickly: the handful of Americana Music Awards, the New York Times Magazine profile, the TV appearances.

Southeastern, for all the praise it garnered, still wavered at times. The starkly beautiful, personal moments, like the hit “Cover Me Up,” were countered by tunes like the single “Stockholm,” which, while catchy, felt a little contrived. Southeastern was another glimpse of what Jason Isbell was capable of: At age 34, he was at last rolling up his sleeves and getting down to work. 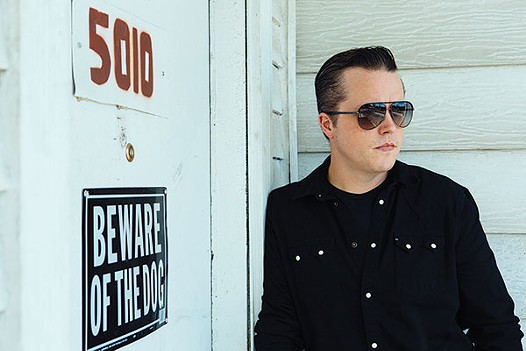 So it wasn’t a surprise when, in 2015, Isbell issued an instant classic. Something More Than Free, for which Isbell picked up his first (and second) Grammy, finds the singer in his comfort zone, wrestling with big ideas as they manifest in small towns.

The album’s lead single, “24 Frames” (the source of one of Isbell’s Grammys), could read as an elegy. It’s full of loss, and presents the album’s first questions regarding fate: “You thought God was an architect, now you know / He’s something like a pipe bomb ready to blow.” But far from resignation, the tenor is defiant. Congratulations: You’ve begun to recognize that life might just be a series of non sequiturs. This is how you move on anyway.

That’s a trick that recurs throughout Something, but doesn’t get old: The song that appears from the outset to mean one thing, and in the end reveals something completely different. It happens on “The Life You Chose,” one of the album’s hookiest offerings. At first, the first-person narrator seems to be taking an ex to task — “Where’s the Jesus that you swore you’d find after running the last line? Are you living the life you chose? / Or are you living the life that chose you?”

But in fact our narrator is also examining his own life, and the tone isn’t so much accusatory as curious: He’s trying to get her back after all these years. “Just tonight I realized I am still in your backseat / Nothing I’ve had since has meant a thing to me.”

While the sameness of Isbell’s characters has been the source of some sparing criticism, it’s precisely what makes Something More Than Free a complete album, and a great one. While Jason Isbell was a pretty great songwriter five years ago, he’s proven himself a master of his art since.