“Hip hop turned 40 last year, so where are we going with this music?” 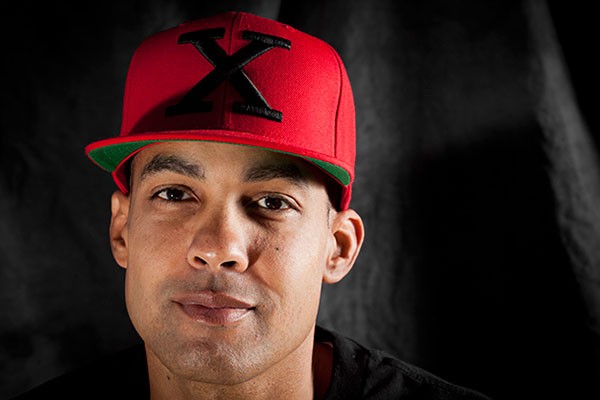 “This was a project organized with the Hollywood Theater to do something creative and different. It’s a theater where you can have live performances as the movie takes place. So, let’s do something hip-hop-related, and Body and Soul came up because it was a Paul Robeson film, and one of my mentors, Harry Belafonte, talks about Paul Robeson a lot.

“I chose the film before watching it, and then when I watched it, it was much different than I thought it would be. And I was like, ‘Wow, this is a really crazy movie.’ I had this idea that it was 1925, and it was going to maybe be something dealing with the issues black people were facing back then. I had no idea that it was going be the type of movie that it is [with still-relevant issues like crime, institutional corruption, sexual assault and cover-up, family relationships].

“But it definitely made it more interesting to write to. It allowed me to touch on topics that I don’t normally address. If you are familiar with me and you have an idea of the type of music that I make — it’s not going to be that. It’s going to be much different than the box people have me in as the social-justice-type rapper.

“It’s 10 original, brand-new songs — there’s no song that I had in my catalog that I can fit in. What I didn’t want to do was make a rap about what was happening in a scene — I tried to capture the emotion of that scene. It also has a gospel twinge to it, because a lot of [the story] takes place in the church.

“At first, it was like, ‘Are we going to use samples from the 1920s?’ And we decided to go the completely opposite way. So the music is current hip-shop-style production — not ’90s, not 2000s, but right now. So I feel that’s even more of a catch for a younger audience — it’s a production sound that comes directly from this generation. You could watch this with people today and be like, ‘Yo, this main character — he’s ratchet. He’s wild!”’

“The three main characters — the pastor, the mom, the daughter — have theme songs, and that laid a foundation for the other scenes. The main dude is really like a hardcore dude — it was interesting how this movie allowed me to write in a way and from a space that I don’t normally do. I knew I wanted a song for the big ‘Holy Ghost’ scene, and a song for the assault scene. It will be interesting to see when I put some of these songs out [later]. Outside of the context of the movie, it becomes very different.

“I’m excited about premiering it, and about what the response is going to be. Hip hop turned 40 last year, so where are we going with this music? To me, [this project] is really unique. It’s not your average album; it’s connected to this movie that came out in 1925. To perform with the movie is just something totally different than your normal hip-hop experience.”