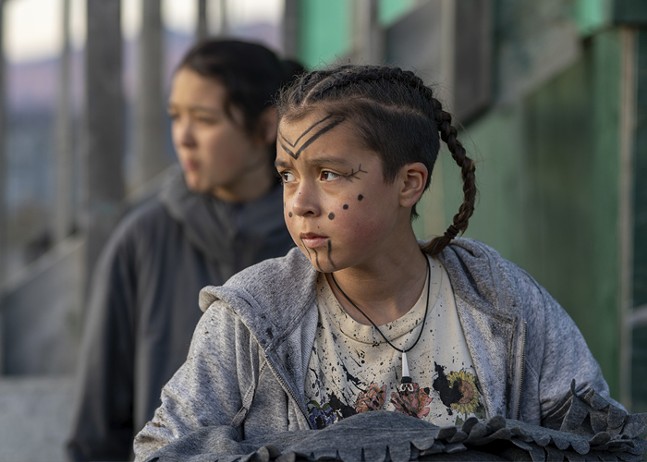 Photo: Courtesy of Mixtape SB Productions Inc. and Mongrel Media
Slash/Back
The Harris Theater has some post-holiday treats for horror fans with the latest rendition of its Januscary Film Festival, a showcase of classic and new films, as well as a little comedy mixed in.

Joseph Morrison, the programming and venue manager of the Harris Theater, says in a release that, while audiences may think of horror icons like Dracula, Frankenstein's Monster, or the Wolf Man, Bud Abbott and Lou Costello, who performed as a popular comedy twosome throughout the 1940s and 1950s, also made major contributions to the genre.

“The legendary comedy duo left a huge mark on the comedy scene and pioneered many techniques of both stand-up and movie comedy,” says Morrison. “They also helped save not only their own careers but the longevity of Universal Monsters as well. I am beyond excited to bring this and the other great horror films to the Harris as a part of Januscary.” 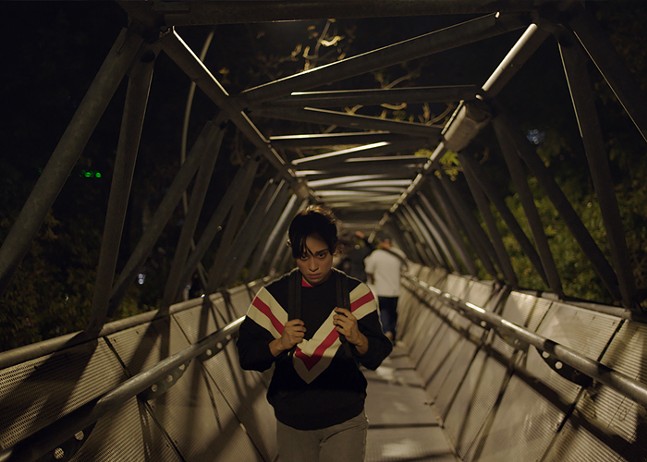 Photo: Courtesy of XYZ Films
Huesera
The docket also includes titles from a diverse array of creative voices and perspectives. Slash/Back draws on Indigenous shapeshifter folklore with the story of Canadian Inuit teenagers who, according to a synopsis, “go toe-to-bodysnatched-toe with alien invaders who’ve slithered into the skins of local policemen and wildlife.” The film marks the feature debut of Inuit director Nyla Innuksuk and stars a cast of young Inuit actors.

Latino and Hispanic voices define a good portion of the festival with the anthology Satanic Hispanics and Huesera, a Mexican pregnancy horror film directed and co-written by Michelle Garza Cervera.

Also playing is Kids vs. Aliens, a full-length spin-off of a short from the V/H/S franchise, and Thrust!, described as a low-budget exploitation film featuring "a dystopian world run by girl gangs.” The Thrust! screening will also feature a Q&A with writer and director Victor Bonacore, who will be in attendance.Januscary Film Festival. Showtimes vary. Fri., Jan. 6-Wed., Jan. 11. Harris Theater. 809 Liberty Ave., Downtown. $9-15. Abbott & Costello Double Feature free for kids 12 and under. trustarts.org