“It’s important for Black people to give blood, and I ask my community to do that.”
-  Janelle La Chaux

Janelle La Chaux is one of the thousands of people living with sickle cell disease, an inherited red blood cell disorder that affects one out of every 365 Black or African Americans.

Diagnosed as an infant, Janelle’s first memories are of being in the hospital sobbing, “I hurt! I hurt!” Her symptoms steadily increased as she became a teenager. When she transitioned from pediatric to adult medical care, Janelle encountered racism and discrimination from members of the medical community who didn’t understand her condition or need for pain management. She finally found a physician specializing in sickle cell disease, who prescribed monthly blood transfusions to help reduce her excruciating pain. 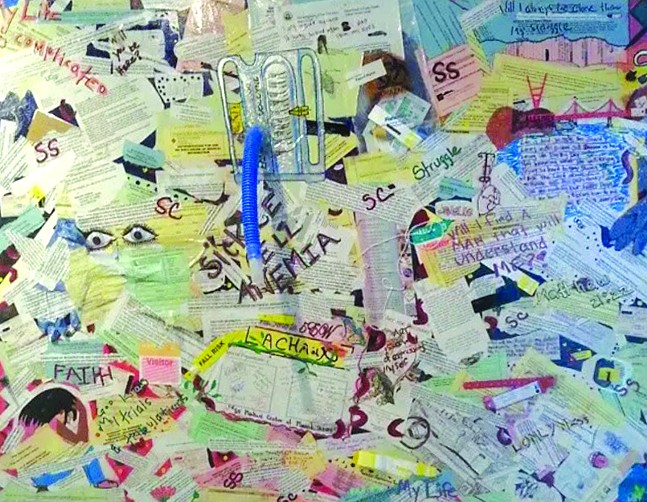 Her message to blood donors is, “Your selfless act of giving blood is deeply appreciated. Blood helps everything in the body – your brain, tissues, organs. It’s the ‘gasoline’ that allows the body to function correctly.”

Janelle has found a unique way to cope with her pain by expressing her journey with sickle cell disease through painting and sculpture. “As someone living with sickle cell disease, I am inspired to use my art to explain what I go through,” she says. “It’s difficult to describe the agony I endure during my chronic episodes of pain crises. The art I create art interprets my experience.” Janelle explains her art in this video.

“It is my hope that by sharing my story and my art, people will realize they are needed to donate blood. By taking action today, they will make a difference in the future.” 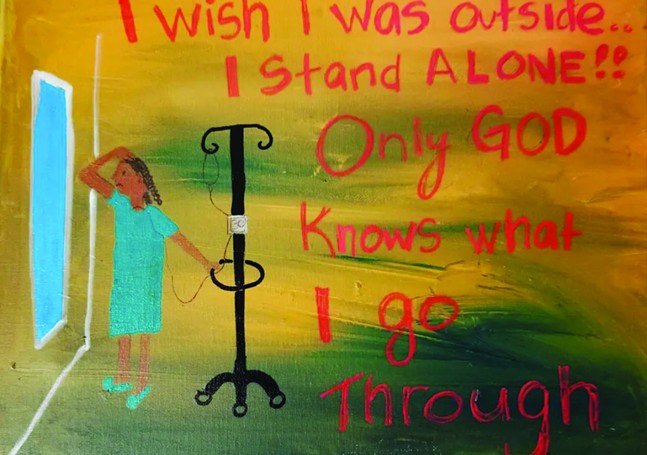 Many more blood donors are needed to eliminate an ongoing decline in blood donations. Of the total U.S. population, 62 percent is eligible to give blood, yet only 3% does. Of all red blood cells collected, 19.5 percent come from racial or ethnic minority donors (African-American, Pacific Islander, American Indian, and Hispanic).

People in the Black community are encouraged to donate blood, because due to rare blood traits and certain diseases, blood that closely matches a patient’s race is less likely to be rejected and cause complications. For conditions like sickle cell disease that require frequent blood transfusions, patients often fare best when the blood is donated by someone of the same race.

The most common blood type is O, and usually the first to run out during a shortage. In the Black community, 57 percent of people have Type O blood, the highest of any race.

What is Sickle Cell Disease?

Healthy red blood cells are round, and carry oxygen to all parts of the body. The red blood cells in people who have Sickle Cell disease become hard and sticky and resemble the c-shaped farm tool known as a sickle. The sickle cells die quickly, which causes a constant shortage of red blood cells. In addition when they travel through small blood vessels, they get stuck and clog the blood flow. This can cause pain and other serious health problems such as infection, acute chest syndrome and stroke.


Support for this lifesaving initiative is being
provided by Highmark Foundation.
click to enlarge

Cannabis Seed Banks: 10 Best Seed Banks in the US Sponsored