Jack Daniel and the legacy of Nearest Green 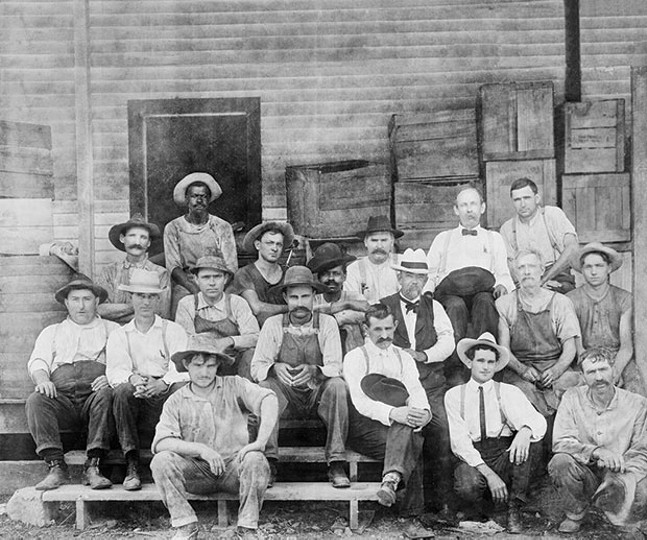 A year-and-a-half ago, Fawn Weaver began research that would resurrect the true narrative of Jack Daniel’s whiskey: that Daniel learned to distill from Nathan “Nearest” Green, an African-American slave he met as a child. As a young orphan, Daniel went to work for a preacher who rented Green from his master to distill his whiskey. Green was known in the area for making the finest whiskey, and he took Daniel under his wing. When Daniel grew up and opened his own distillery, he hired Green, who was now a free man, to be his master distiller. Green became the first African-American master distiller in history.

Daniel always gave credit to Green for his mentorship. He’s mentioned 50 times in Daniel’s official biography. But as time went on, Green’s legacy was more or less forgotten outside of Lynchburg, Tenn., where Jack Daniel’s is headquartered. But in 2016, Weaver read a short article in the New York Times and knew she had to continue the search for Nearest Green.

Weaver spent time with all of Green’s living relatives (his 107-year-old granddaughter is still alive); hired historians, archivists and genealogists; and gathered African-American elders at the Greens’ family church for meetings and conversation. With the help of these people and of the town of Lynchburg, she was able to gather 10,000 artifacts and original documents related to the Green family.

Weaver was shocked at what she heard from older African Americans about their lives during the Jim Crow era. Lynchburg seemed to be exempt from much of the time’s racial strife. Many people could still remember the name of the one openly racist shopkeeper who adhered to Jim Crow laws and gleefully remembered him being chased down the street by a black woman with a broom. “They said, ‘Oh, he deserved it’,” said Weaver, during a recent talk at Pittsburgh’s Threadbare Cider House & Meadery. She felt as though much of what she heard about Lynchburg sounded like an alternate reality, but the town’s attitude was shaped by Nearest Green’s legacy as a respected member of its society.

Weaver is now deeply invested ensuring that Green’s legacy lives on. She and her husband recently purchased the original distillery where Jack Daniel and Green worked, and have released a new brand of whiskey — Uncle Nearest 1856 Premium Whiskey, as well as a Premium Silver Whiskey. The company has also set up the Nearest Green Foundation to help spread the word about Green’s accomplishments and to support his direct descendents with a scholarship fund.

For more on Nearest Green’s legacy, keep a lookout for Weaver’s upcoming book, In Search of the Nearest Green.