Is Uber's search for driverless-car testers just a wild-goose chase for Pittsburgh job-hunters? 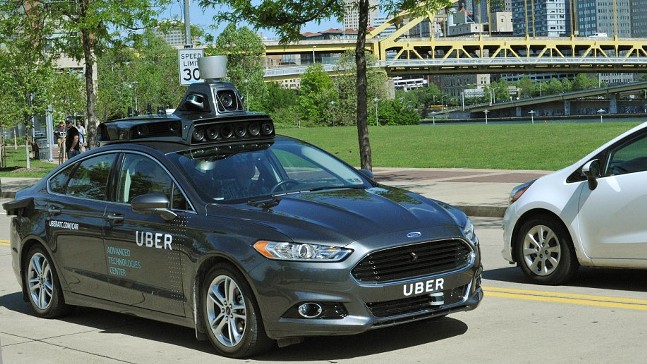 Uber
When Ryan Johnson got the call from Uber, he was excited. He had applied for a job testing driverless cars in Pittsburgh, which seemed a fit with both his training as a driver and his technical background as an IT administrator.

But Johnson has started to wonder if he or any of the other people interviewed for “development vehicle operator” jobs were being used for their technical expertise, and that the ride-hailing giant had no intention of ever offering him a job.

“It’s hard to get into the tech industry in Pittsburgh. If you’re just getting people’s hopes up, and can’t even tell them in a professional way that they did not get the job, it seems really shady,” he said.

Johnson said the time required for the interview last week was fairly substantial, consisting of a three-hour interview process and a “homework” assignment that took about three hours to complete. He also drove around the city with two Uber representatives.

“They were asking for all this detailed information, like ‘How long would it take to drive over all of Pittsburgh’s bridges?’ and asked me to think about where I would most want to be picked up by a driverless car.” He drew a detailed flowchart on a white board, which he says he came up with on the fly.

Johnson said on May 27 that he has yet to hear anything from Uber directly. Instead, he says the staffing agency that connected him with the job opportunity told him that Uber had decided not to hire any of the 40 or so people who did in-person interviews. “She said they told her that ‘no one seemed like they wanted to be there,’” Johnson said. The staffing agency has not yet returned calls seeking comment, and we will update this story if they do.

“We are sorry this individual had a bad experience interviewing with us,” Uber spokesperson Molly Spaeth said in an emailed statement. “Every candidate should hear back yes or no, whatever the outcome of the interview, and we are looking at what went wrong to ensure that it does not happen again. It is absolutely not true that we are gathering information from job candidates to inform self-driving research.”

Uber, which rolled into Pennsylvania and the Pittsburgh area in 2014, is currently battling with state regulators over a proposed $11.4 million fine for operating illegally in 2014. The company has been warmly welcomed in Pittsburgh, and announced in February that it would be developing the Almono site in Hazelwood to test its driverless-car technology, after opening its Advanced Technology Center in Pittsburgh last year.
But the Pennsylvania Public Utility Commission says Uber violated the terms of a cease-and-desist order in 2014, before the company had a license to operate in the state.

Pittsburgh Mayor Bill Peduto, Allegheny County Executive Rich Fitzgerald and Gov. Tom Wolf sent a letter to the PUC earlier this month, urging them to reconsider the fine, which would be the largest in PUC history.

“We are writing today to address fairness in business regulation, and especially fairness toward one business — Uber — which is investing hundreds of millions of dollars in the Commonwealth of Pennsylvania and is poised to invest millions more,” the three wrote. “However, all this could be lost if we send the message that Pennsylvania is not a welcoming place for 21st-century businesses and other job-creators looking to make our state a home.”

Just this week, Uber responded to the PUC’s fine in a 102-page filing, asking the agency to reconsider the amount.

Within that filing, an affidavit from Uber’s Pennsylvania spokesman Jon Feldman says that payment of the fine “would affect [Uber’s] ability to continue supporting the technology economy in Pennsylvania.” He cited the opening last year of Uber’s ATC in the city “offering significant benefits to Pittsburgh’s economy.”

Johnson says even if Uber called him with a job offer now, he’d turn it down. “I really feel for the Uber drivers now,” he said. “I just wanted to help anyone who was considering a job there and warn them not to waste their time.”