Is the Pittsburgh airport building up a flight bubble?

Many new flights to the airport are subsidized with public funds and some are questioning the strategy’s sustainability. 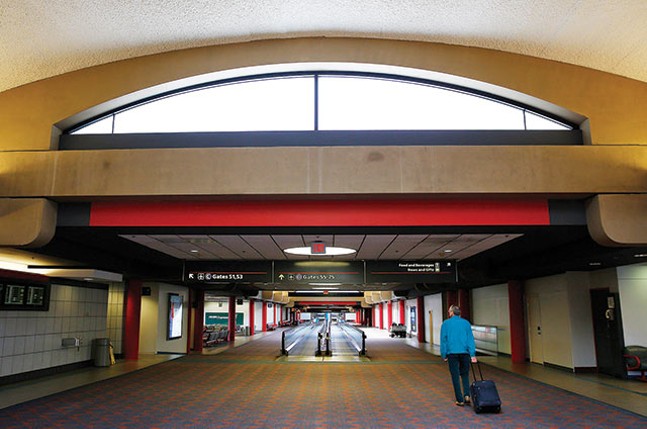 Since 2013, the Pittsburgh International Airport has almost doubled its nonstop destinations — from 37 to 72.

When US Airways closed its Pittsburgh hub in 2004, air travel in the region really began to slide. By 2013, PIT had its lowest passenger total ever.

For many Pittsburghers, the rebound is a cause for celebration.

“Certainly, citizens are happy to see that they can fly to Iceland, I am glad people are happy about that,” says Allegheny County Controller Chelsa Wagner. “But the thinking is ‘this is good, so don’t ask questions’ — that brings up some problems.”

Wagner is concerned with how the Allegheny County Airport Authority is fostering this growth. Several new carriers have reportedly been offered cash incentives to create flights from Pittsburgh. The state has funneled $12.4 million a year in gambling revenue to the airport authority, with a partial goal of subsidizing new flights. Additional millions are coming from revenue generated by natural-gas production on airport land.

Russell Mills, an associate professor at Bowling Green University, studies the effectiveness of airports subsidizing flights. He says providing money to airlines for a few years attracts new flights that then contribute to a region's economic development. Mills says his research shows annual boosts from adding a domestic ($15-20 million) and/or international ($50 million) flight. “The benefits are that air service has a huge economic impact on a region,” says Mills. “The return on investment is like 15-to-1.”

The Airport Authority declined City Paper’s request for information pertaining to incentives pledged to airliners. Reportedly, since 2017, it has promised at least $7.8 million in incentives to airlines that have brought new flights to Pittsburgh. Many incentives are active for the first two years of the new flights.

Bob Kerlik of the Allegheny Airport Authority says it commissioned a report that found new British Airways flight to London, which reportedly received $3 million over two years, would generate $57 million annually to the regional economy. But Mills says juicing airlines with incentives could encourage several other airports to start incentivizing flights and create a “race to the bottom.”

That may already be happening.

Several airports in the Great Lakes region already offer incentives to airlines. Cleveland is now considering adopting the strategy. “If everyone starts doing it, then everything is going to cost too much,” says Mills. He stresses the risk of building a bubble in which airlines are given cash and expected to follow through with flights that will never materialize. This happened in San Antonio. After 2005, 30 flights were added with $3 million in incentives, according to the San Antonio Express News. By 2013, 18 of the flights were discontinued.

Recently, the Allegheny County Airport Authority sued OneJet for $763,000 for only providing two of 10 promised flights. In 2016, OneJet was given $1 million in subsidies.

But Mills believes the strategy is worthwhile. “The economic activity, and the tax revenue generated, more than pays for the incentive,” he says.

Kerlik says the region is responding to the airport’s increased service, noting the airport is on track for 9.5 million passengers this year — which would be the highest dating to 2007. He doesn’t believe the airport is building a bubble.

“Incentives are a small piece of that strategy,” says Kerlik. “The airport tried it the other way for a decade and it clearly didn’t work.”

He believes airlines are picking Pittsburgh in response to the region’s economic renaissance, and incentives exist to ensure the community has some “skin in the game.”

“No carrier says ‘I’m coming for the incentive and then pulling out,’” says Kerlik. “It doesn’t make sense for them or us. We both want markets that are sustainable for the long run.”

“The idea is if there is enough organic development, then you don’t need subsidies,” says DeGood. “If Amazon came through, for example, then the demand to the airport would follow, not the other way around.”

DeGood also questions sustainability of subsidizing entities like the airport that are more often used by affluent residents.

“Is it really the priority of public dollars to serve the desires of affluent vacationers?” says DeGood. “Are those the people that need subsidies?”

Wagner believes airport subsidies are a way to channel benefits to the upper-middle class, and that failing to serve all segments of the population undercuts the need to use subsidies.

Kerlik points out that the airport has three “ultra-low-cost carriers” (Spirit, Frontier, and Allegiant) to serve a “whole new segment of the population.” He also notes that WOW Air is offering affordable flights to Iceland. WOW Air was given $800,000 in subsidies for its flights, but the other low-cost air carriers received far fewer subsidies than larger carriers. This year, the authority only offered Allegiant $28,500 for marketing purposes.

“If there was a huge demand, there would already be a daily flight or two,” says DeGood.
__ 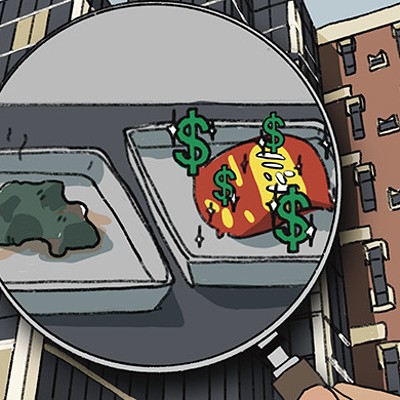