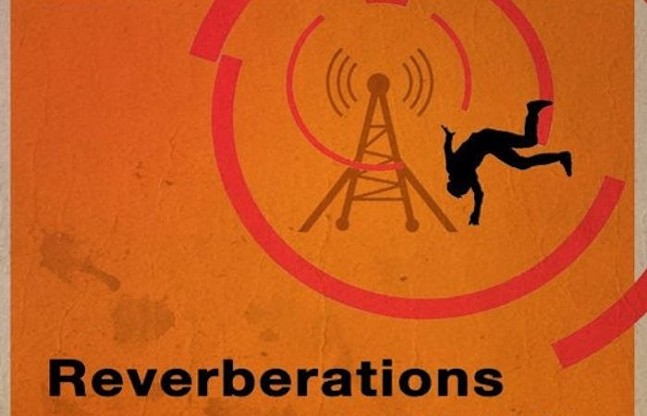 Courtesy of Vigilance Theater Group
The pandemic has been a trying time for relationships, and one of Pittsburgh's interactive theater groups is exploring that trauma in a new digital production.

In Vigilance Theater Group’s new show, Reverberations, Libby and Evan find themselves in the worst of a pandemic relationship: recently broken up and stuck living together. And that’s before mentioning the anomaly.

Vigilance’s fourth show is a pay-what-you-want science-fiction radio drama that follows the recently broken-up couple as Libby and Evan approach the anomaly, code-named “Project Missing Tower,” from different perspectives. The first of five episodes will become available July 12, with an interactive Facebook group opening up July 8 for ticket holders who want to participate in the world of the story.

“It's great to approach this like a podcast or an audio book,” says Vigilance co-founder Sean Collier. “We hope that people are following along as the episodes drop and participating in the Facebook group, but there's no pressure to do that.”

Those who participate in the Facebook group are asked to step into the world of Reverberations and regard episodes as closer to leaked information rather than fiction. Two moderators will act as role-players in the group, although audience members are not required to come up with their own characters to role-play.

Later episodes will release July 15, 19, 21 and 23, and while the Facebook group will eventually close once audience participation wraps up, the approximately 15-25-minute episodes will remain available in perpetuity.

The story follows Libby, a young FBI employee working on the anomaly, and Evan, who becomes intrigued by the conspiracy theories surrounding the mysterious force. Collier says the Vigilance team initially drew from sci-fi classics such as Close Encounters of the Third Kind and The X Files, and as the narrative developed, Collier also drew from real-life conspiracy theories such as COVID truthers, flat earthers, and QAnon to write the show.

“We started thinking more about this idea of people digging and searching for truth, and how that is always presented as a kind of a noble quest. And sometimes it's not,” Collier says. “There's a level of obsession and intense investigation that you're not really necessarily doing anybody any favors anymore, you're just kind of putting more obsession and suspicion out into the world.”

While the radio drama deals with heavier, topical subjects such as relationships falling apart and conspiracy theory rabbit holes, Collier adds, “I don't want to give the impression that this is like a somber and serious, you know, meditation on the death of truth. It is, you know, a weird mysterious sci-fi radio drama.”

The show, which takes place in a contiguous universe with Vigilance’s three previous productions, will see the return of Saige Smith, Tamara Siegert, Tyler Ray Kendrick, and Lee Lytle. Vigilance co-founder Renee Rabenold is performing for the first time, and Jenny Malarkey is also making her Vigilance debut. Two guest stars from Los Angeles, Abraham Ntonya and Rebecca Knowles, are also joining the cast, and Angela Baughman returns as an audio editor.

To make the show more accessible to new audience members, Reverberations will include Easter eggs to previous shows in the Vigilance Theatrical Universe, but will not be dependent on knowledge of previous productions. Collier says the writers are trying to navigate what an expanding Vigilance Theatrical Universe will mean for each production’s narrative moving forward while also finding the sweet spot between supernatural entertainment and grounded reality.

“That's a challenge too, in presenting stuff like this, because you also don't want to upset the audience too much,” Collier says. “But you want to upset them a little bit.”
Reverberations. Mon., July 12-Fri. July 23. Pay-what-you-can. Search “Reverberations” on Eventbrite for tickets. vigilancetheater.com