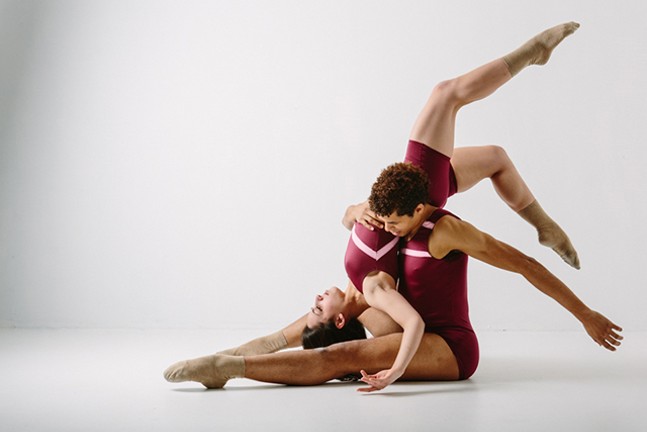 Alexander Graham Bell’s adage "When one door closes another door opens,” proved true for Texture Contemporary Ballet’s Alexandra Tiso. The company’s longest tenured dancer came to Pittsburgh from her hometown of Tampa, Fla. to attend Pittsburgh Ballet Theatre’s prestigious graduate program with the hopes of earning a spot in the professional company. When that door closed, Alan Obuzor, an instructor of hers at PBT, opened the door to join his recently launched company Texture Contemporary Ballet. Seven years later, she has become an integral part of the organization that has grown from project-based to full-time dance company.

Tiso began her dance training at age three because her parents thought it would help focus her, especially concerning a speech impediment she had.

“I had my own made-up language and wasn’t talking to anybody,” says Tiso. “When my parents went to pick up my older sister at dance class, they noticed I was really into what I was seeing. They thought maybe if they put me in dance class, I would start talking [in English] to the other kids.”

Tiso says the ploy worked somewhat, but more importantly, it led to her falling totally in love with dance. That love has grown at Texture where she says she not only gets to improve her dancing and perform, but also broaden her horizons as an artist.

“What has kept me at Texture is that I have been given a lot of other opportunities,” says Tiso. “I teach company class, am an artistic administrator, and I have gotten to choreograph [in the company] multiple times, which has really been wonderful.”

Tiso will have another opportunity to show her choreographic skills in a new work she is co-creating with Texture associate artistic director Kelsey Batman for the company’s upcoming program Uncharted. Their work “Up&Up” is titled after a song by Coldplay whose music provides the soundtrack for the 30-minute ballet for 10 dancers (including Bartman and Tiso) in sneakers. It is one of two works in the program themed around public versus private personas. Here, Bartman and Tiso touch on the possible tragic downsides of disguising troubling issues in one’s life.

Artistic director Obuzor’s contributes “The Piece,” a rare 40-minute behind-the-scenes look at how Obuzor creates a ballet for Texture. And former PBT dancer Christopher Bandy’s new work for the company “'til the wheels come off” features six dancers to music by Tom Waits, and, like “Up&Up,” deals with public versus private personas.

For Tiso, another aspect of her fit at Texture is the athleticism found in many of the company’s works that play into her strengths as a dancer.

“When I am onstage dancing, it is like an unfurling of all my energy,” Tiso says. That athleticism is also what attracts audiences to the company and will be on full display in Uncharted.