The Coens might have invented a new genre: the autobiographical dream film 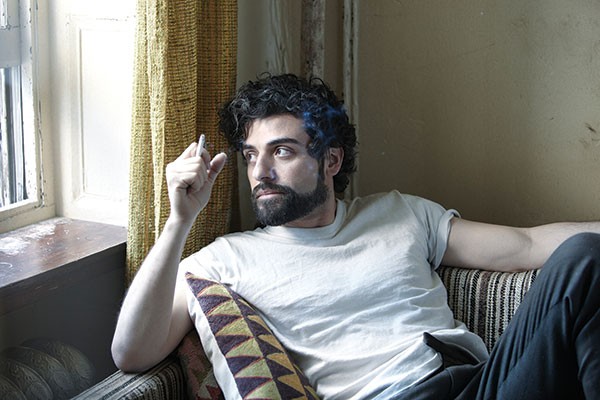 Directed by:
Ethan and Joel Coen

Where to begin? The Coen brothers' Inside Llewyn Davis is a joy to watch: funny, sad, intellectual, sentimental, humane, nostalgic and with some glorious music, some of it traditional, some of it gentle modern tweaks. I'm still smiling from having seen it, and I'll continue to smile until I see it again.

The title character (portrayed by Oscar Isaac) is an idealistic folk singer living in Greenwich Village in 1961, and by idealistic, I mean he's a prick: He scorns his colleagues, who deign to sing poppy commercial folk songs, rather than the doleful ballads he prefers. And yet, these maligned friends let him sleep on their couches because he's homeless, and because they know he's struggling after an insurmountable loss.

The Coens lay plenty of hardships on Llewyn, although rare in their canon, they don't eviscerate him (literally or figuratively). There's no blood and only one beating, plus lots of period atmosphere in clubs and apartments and subways, and lots of oddball characters, some resembling folk singers of the era (Llewyn is based loosely on Dave Van Ronk), and others delightful fabrications.

Inside Llewyn Davis is thoroughly not a Coen brothers movie, except that it thoroughly is. The brothers, Joel and Ethan, might have invented a new genre: the autobiographical dream film. Like their protagonist, they're quirky, serious, uncompromising artists, and Joel will be 60 next year. They seem to be contemplating their own unlikely success, and maybe they have the same hopes for the woefully obdurate Llewyn.

The supporting cast — Justin Timberlake, John Goodman, Adam Driver, Stark Sands, Carey Mulligan — is glorious, and there's a long comic set piece with a cat early on that's the funniest sequence in the Coens' oeuvre. It launches an extended metaphor about Llewyn and an extended joke that keeps on giving.

Like O Brother, Where Art Thou?, this is an Odyssian yarn. Like A Serious Man, its central character is resolute in his ideas and ideals. It bears no resemblance to Blood Simple, except that if the Coens never make another movie, their filmography will be framed by two perfect and exhilarating works.

Inside Llewyn Davis opens in a café with Llewyn performing, mostly in closeup, "Hang Me, Oh Hang Me," a mournful folk song that Van Ronk once recorded. It ends with a sort of metaphysical do-over that will either thrill you, irritate you or leave you confused. Every single moment provokes an emotion, and every moment provokes a cascade of ideas. Where to begin?