Ron Howard’s Inferno, adapted from Dan Brown’s continuing series of novels about world-renowned symbologist Robert Langdon, opens with a jumble of images. There’s a guy giving a TED-type talk about overpopulation; then we see that same man being chased through the streets of Florence, Italy, before plunging to his death. Now, we’re in a hospital with patient Langdon, and he’s having feverish visions of streets in flames, people wearing freaky masks or having their heads on backward, and severed legs sticking out of sidewalks. What in the name of Lucifer (or his proxy) is going on?!

Langdon (Tom Hanks) soon gets right, aided by a British doctor, Sienna Brooks (Felicity Jones). It’s just his head injury causing those visions, and — wait! what’s this tube in his pocket? It’s a Farraday flashlight, and it beams an image of Botticelli’s map of Dante’s Inferno. Of course, it’s a clue, and Langdon and Brooks (also a puzzle-lover) are off on a whirlwind tour of historical sites in Italy to stop a deadly pathogen nicknamed “inferno” from being released. (The virus is designed to wipe out most of humanity; there’s not much suspense about that happening when you know Brown has a new novel coming out that needs buyers.)

No less than four parties are chasing the couple, including a carabinieri who looks more like a model-slash-assassin than an Italian beat cop, and a private security agency whose head is played by the popular Indian actor and droll scene-stealer Irrfan Khan. Additionally, two groups of people from the World Health Organization, who are acting at cross-purposes, are in pursuit; one is fronted by the French actor Omar Sy, the other by Danish actress Sidse Babett Knudsen. Truly, this is a global situation.

The plotting is as frantic and ridiculous as you’d expect from the Brown canon. But unlike earlier works like The Da Vinci Code, Inferno’s twists rely more on the nonstop lies and doublecrosses perpetrated by contemporary humans than on puzzlecraft from some long-dead Italian artist. Langdon is best served by a decent pair of running shoes, rather than his specialty: The only symbol that matters here is that familiar three-intersecting-circles one, denoting biohazardous material.

But I don’t want to entirely dismiss Langdon’s expertise. He gets credit for keeping his cool and relying on brains more than brawn. I enjoyed the sightseeing in Florence and Venice, and learned the origin of the word “quarantine.” Sure, Langdon faces off against conventional weapons such as guns, knives and clubs, but not many men get this call from the World Health Organization: “The WHO needs your help. I hope you still remember your Dante.” 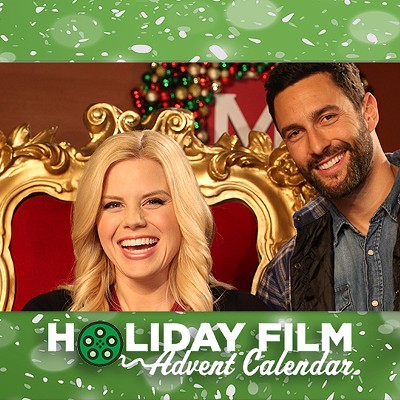