INEZ releases her debut album, an audio diary of her growth as a woman | Music | Pittsburgh | Pittsburgh City Paper

INEZ releases her debut album, an audio diary of her growth as a woman 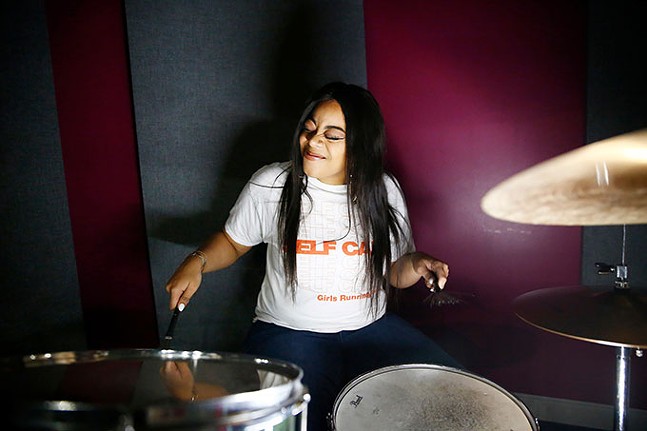 As soon as INEZ’s food came out at Friendship Perk & Brew — a hot and steamy steak sandwich — she pushed it to the side.

INEZ, whose real name is Danielle Walker, was nervous, and it took a few minutes for her to warm up. She looked away while talking, but that gaze is just about the only thing Walker holds back. Her voice is full of passion, strength, and honesty, and can pivot effortlessly between vulnerable and assertive.

We met up to chat about her debut album, Voicemails & Conversations, out Dec. 19, which Walker composed and arranged in its entirety (aside from Clara Kent’s verse on “Clouds").

“I did not think that, before having an album out, I would be able to play [Mr.] Smalls, and Hartwood Acres, and Thunderbird [Café], and get messages from women all across the world, literally, ‘Your song, your voice, helped me through this situation,’" says Walker. "That’s the most humbling, overwhelming, scary thing ever, because I was that girl, [sitting] in her room, with the lights off, with the curtains closed, not wanting to be alive anymore.” 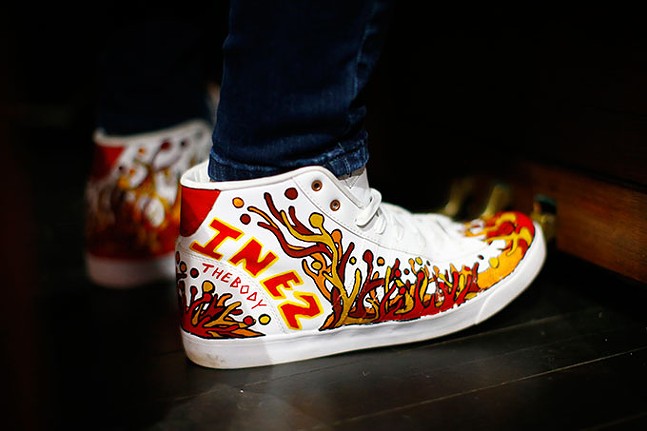 At 14, Walker was in a double fatal car crash. On the way to her brother’s prom date’s house, Walker, her brother, and her father were hit by a vehicle going 60 mph on Bennet Street, in Homewood. The two people in the oncoming vehicle died on impact.

“I was the least physically injured, my dad and brother had broken bones and stitches and all that, but I was the only one who saw the dead bodies,” says Walker. “That’s also why music has always been my sanctuary and place of refuge because right after that, my parents bought me my first beats-making software. They didn’t really know how to help me. I didn’t know what depression was as a kid. It was a word everyone threw around, but feeling it for the first time was the wildest thing.”

That was 2006. In 2007, the circumstances in Walker’s life hadn’t gotten any better. Her mother had a stroke, her grandfather passed away, and she was dealing with PTSD and depression from the crash. Sometime in May of that year, Walker saved a voicemail from a boy she had a relationship with at the time. It would be the first of many, from relatives and friends, that she would hold on to over the years. 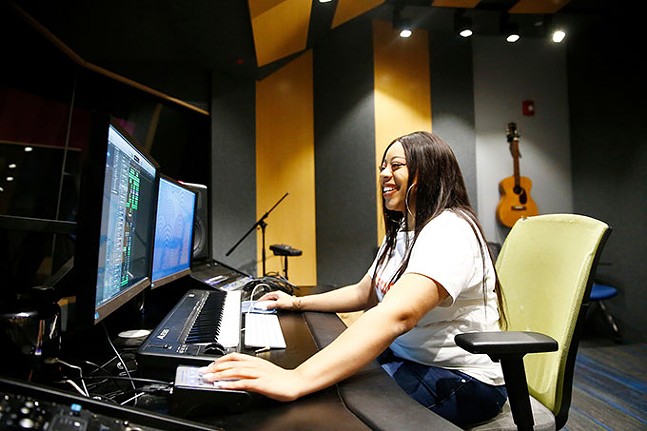 “Although the person wasn’t any good, he helped me get through it,” says Walker. “Sometimes I’m very weird with the things that I choose to be sentimental about. Instead of keeping [objects], I would keep voicemails. I have voicemails from different family members, from birthdays, exes sending me stuff, so I wanted to make a project around little soundbites of things that have impacted me or made me feel good or made me feel horrible.”

Voicemails & Conversations is an audio diary of her growth as a woman from the time she received that first saved voicemail until now. The idea for the project came to her in 2016 and was originally meant to focus more on her past relationships and experiencing love as a young Black woman. Walker was planning to follow-up with her exes to record new soundbites, but the men overwhelmingly declined.

At the end of the light, airy, and wishful love track, “Heartbreak,” instead of a man’s voice, listeners are met with the encouraging tone of a woman telling Walker, “It sounds like he knows that you are special and valuable to him.”

Without the collective support of strong women in Walker's life — specifically strong Black women —she wouldn’t be the powerhouse she is today, and Voicemails & Conversations would not exist.

“It feels really good to be in a bad place and the people who are helping pick you up look like you, talk like you, they love hard like you, and they want to see you win,” says Walker. 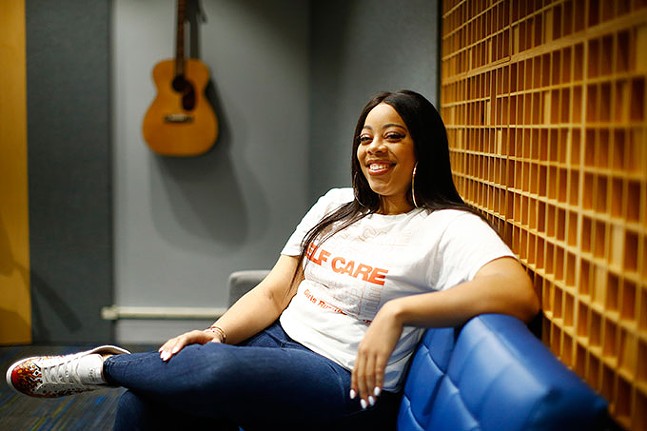 CP photo: Jared Wickerham
INEZ poses for a portrait at the YMCA Lighthouse Project in Homewood

It was her mother who convinced Walker to see a therapist in high school, a Black woman in East Liberty whom Walker saw until she was 23. It was her Berklee College of Music advisor, another Black woman, who gave Walker the support she needed to complete her online bachelor’s in music production while working two jobs. It was her aunts, nieces, and cousins who came to Walker’s house in all-black to be in her music video for “Get It Off Your Chest,” an emotional response to getting her heart broken.

“I needed to unload some [stuff] and so in the video, I said I’m going to put all the women who have been holding my hand in it,” says Walker. “Black women this year have been my champion, have been my support. Clara [Kent] is my lifeline. … It gets really overwhelming, and I could go on and on and on about how women have impacted me positively this year.

“To see pictures of me smiling and performing and being happy — I just want people to know if I could go through all of that, so can you," says Walker. "I hope that people have a support system, and a belief in themselves that things do get better.”


Voicemails & Conversations is available Dec. 19 on all major streaming platforms